For Memory Monday, a timely and appropriate old photo--Nick Roseberry and our son Sam. They were best friends. Nick passed away January 31st. At the viewing Monday, among the many photos, this was the only one of them together. Sam says they did not like to have pictures taken and would usually hide behind their skateboards. 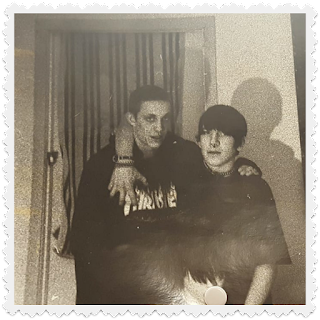 Sam says that he asked him to be his best man, but Nick was too shy to stand up with him. His brother Nils took his place. Here they are twenty plus years later, mourning a deep loss.

Sam spent a lot of time with the family during the difficult days of letting Nick go and crafted a very special skateboard in his memory. 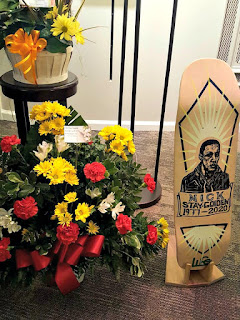 Wednesday, Michael surprised me with an early Valentine's gift--a dozen roses! And we joke, "It pays to stay married for 50 years!" 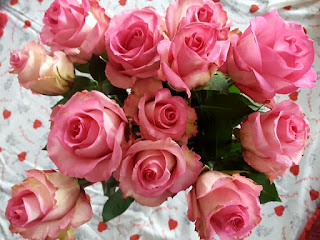 That evening, Rebecca and I stopped at Leah's after Basics Jr. and got to see the crib ready and waiting for baby Kalani, due a month from now. 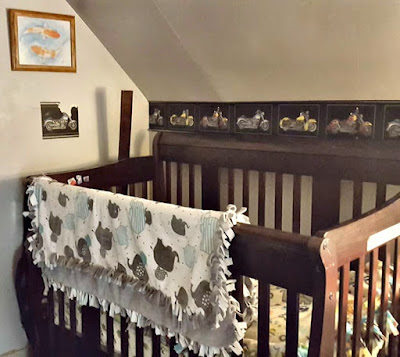 Valentine's Day we awoke to the beauty of fresh snow . . . and the need to plow. 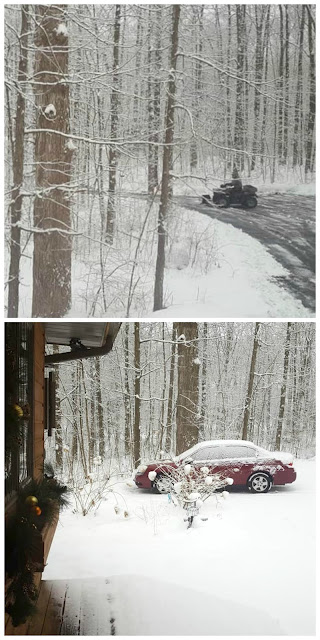 In the evening, three grandsons came to spend a couple days with us while Sam and Kristie had a work and study related Valentine's getaway. Sam had found a great deal on windows for their house remodeling project in Ohio and Kristie needed to study on the trip for her certification exam coming up.
The boys and I went to the Eastbrook High School basketball game to watch Rebecca in her first cheer leading performance at half time. 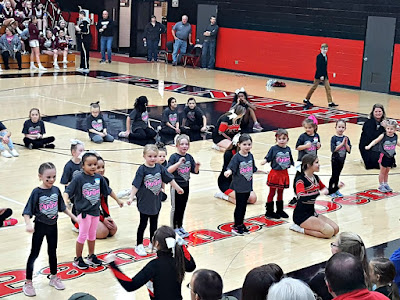 Saturday we took Elijah to his soccer game in Muncie, and then to robotics on the way back. 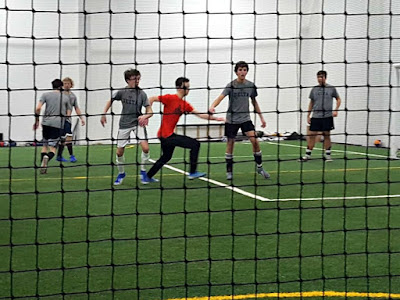 At the shop we not only ate lunch with the team, we also got to observe the many different activities.
One kind mentor gave the young boys a lesson on leverage as they tried out the new structure on the playing field. 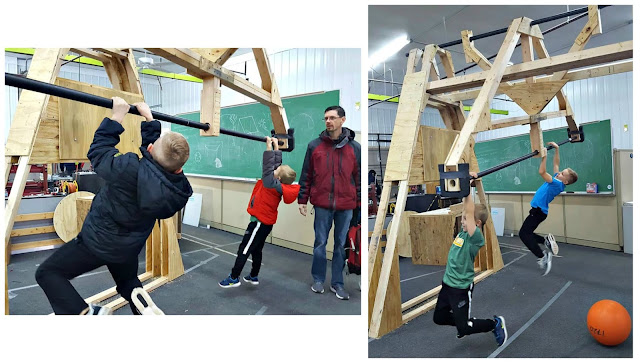 Somehow, our resident engineering student found time to help out like old times.

We were also very privileged to be there for the presentation of the State House of Representatives Resolution honoring the team. 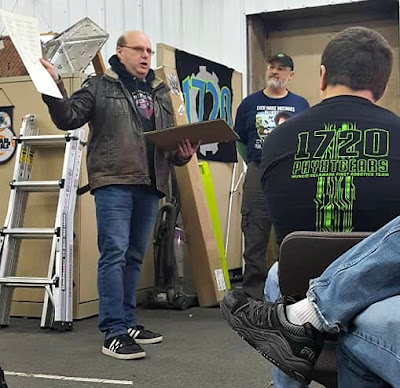 Back at home, the younguns enjoyed playing with grandpa's Segway, taking turns riding it or running alongside. 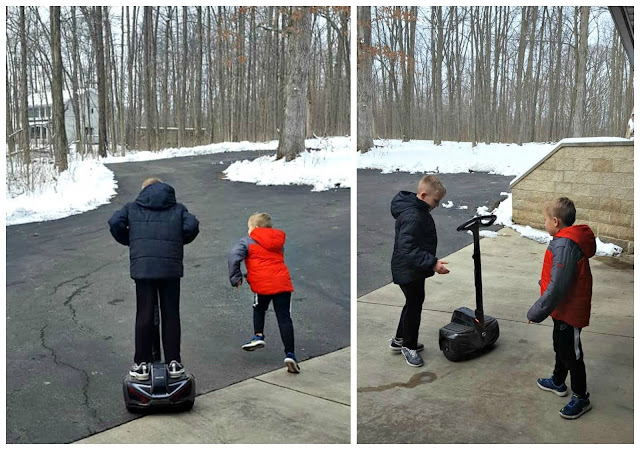 That night, as we waited for members of our household involved in robotics, we watched them via the YouTube Live view cast on our TV screen. Michael's white head and Moriah's reddish hair were easy to spot.

Both mornings Zion chose to prepare his own breakfast eggs. Apparently he enjoys cooking. Perhaps he should apprentice with Uncle Stephan. 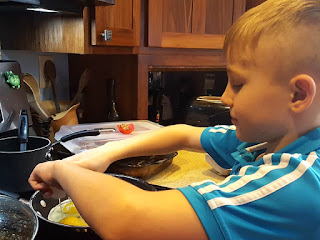 Sam and Kristie arrived back Sunday afternoon, and we said goodbye to the boys after three fun-filled days. 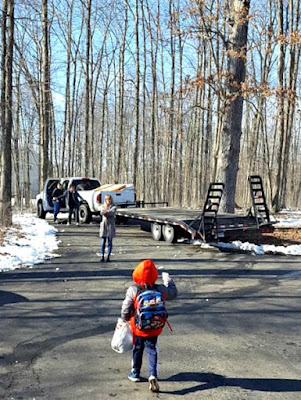 Now we are recovering! That's our privilege as grandparents--enjoy them for a while, then send them back home.