A week of many outings. . .
Memorial Day we walked the many aisles of the Shipshewana flea market. It was a beauiful sunny day. We enjoyed it with Diane.

A lovely bouquet of peonies welcomed us when we arrived back home. It took me all week to figure out who had left them. Thank you, Petey! 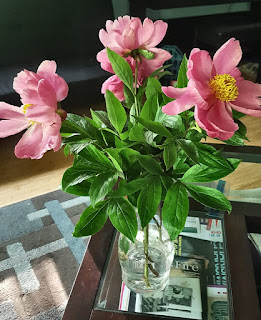 Tuesday I met with another good friend to celebrate her 81 years, still looking lovely. 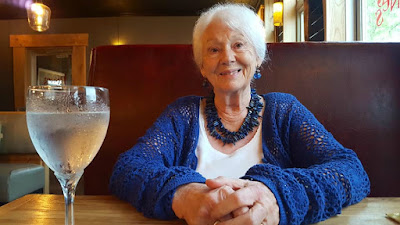 Meanwhile, Michael, Team 1720 and friends were celebrating an open house for the only graduate this year.

Wednesday was our last tap class until we resume in August. Rebecca entertained herself by building and decorating her little corner. We rehearsed and recorded several routines, so that, hopefully, we can practice some during the summer. 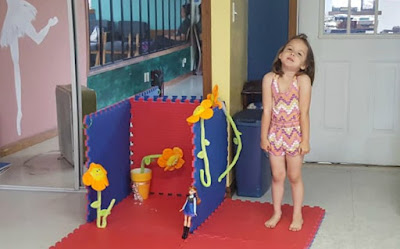 Thursday, we'd talked about going out on the tandem after I got back from exercise class, but a sudden hail storm foiled our plans. 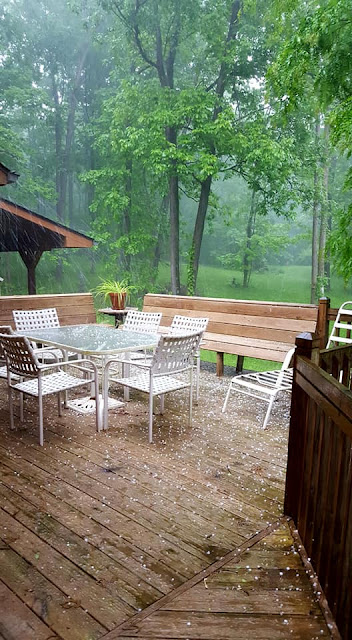 Friday, a friend and I were going to visit Mother during ArtCare hours, however she had scheduling conflicts, and Michael happily joined in. We had a delightful time coloring alongside the elderly residents, and after were served a good and abundant meal in the Quiet Room next door. We hadn't known about that availability before. 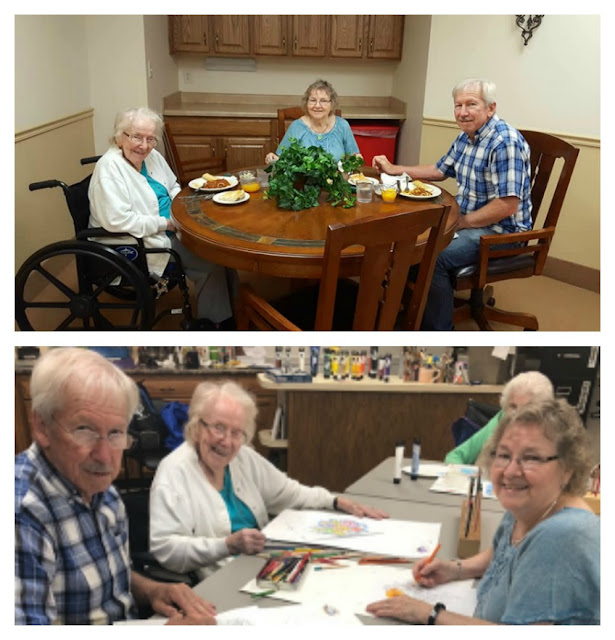 The art teacher pointed out several of Mother's recent paintings that I had not seen yet. Here are three of the five. 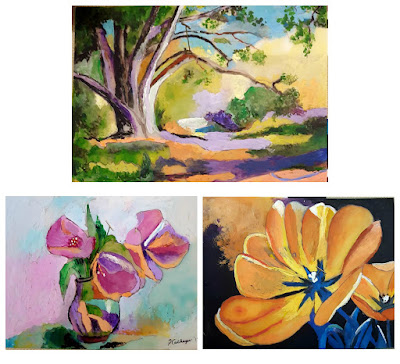 It was another bright and sunny day so we took Mother outside to see all the lovely flowers and sit in the gazebo for a bit while we talked to Ivan out in Vegas.
Next we drove to Middlebury in Amish Country and strolled the streets and shops. 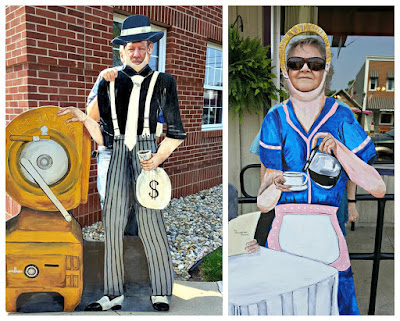 Saturday, I rose early to keep my paid-for commitment to run the National Trails Day 5K in Muncie.
I was happy to meet two people I knew, younger-than-me, obviously. We each won first place in our age/gender cateogory! 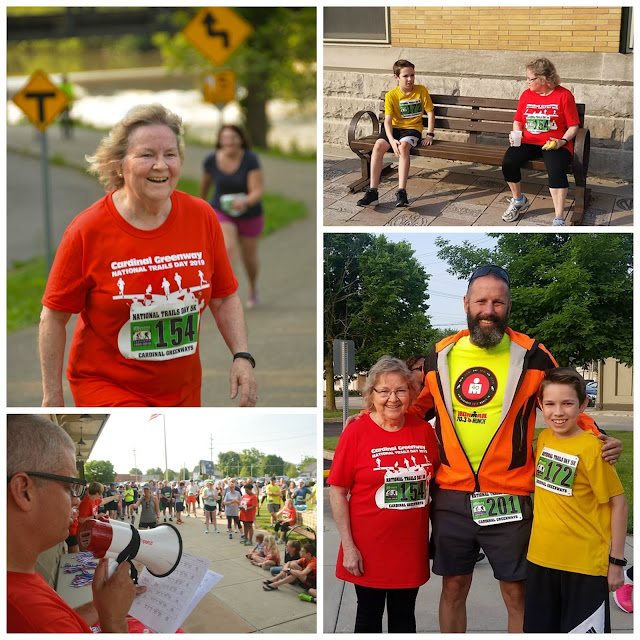 That afternoon, Michael had another outing planned, this time to a typical MidWest town festival--Dunkirk Glass Days. We watched glass ornaments in the making, listened to country music, shared an ice cream cone, and simply enjoyed being together.

Definitely a week of memory-making, rather than exploring memories from the past. However, all the travel time together allowed us to read or listen to a couple books that impacted our thinking. I've  often heard that reading is essential to becoming a good writer. So, perhaps it was not a lost week.
Posted by riTa Koch at 1:05 PM