On my way out of town I visited with SIL Sharon and their unruly Rilla! I was blessed to go for a walk (or was it a run?) with them through the neighborhood.

Enjoying the assortment of wildflowers, some gardening, watering the neighbors' plants... 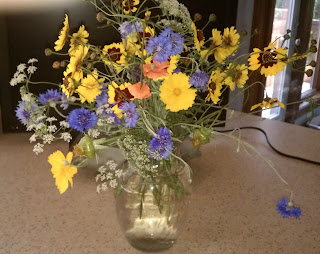 ...and the quiet days to completely recover, process our European experience, and write.

I did not go on the planned family + camping trip. As it turned out only four of our family went and there were six others who joined them, friends who have become close to us through Stephan's Monday Night Meals. They had a good time, but said it would have been better had I been there. (Nice to feel needed ;-) 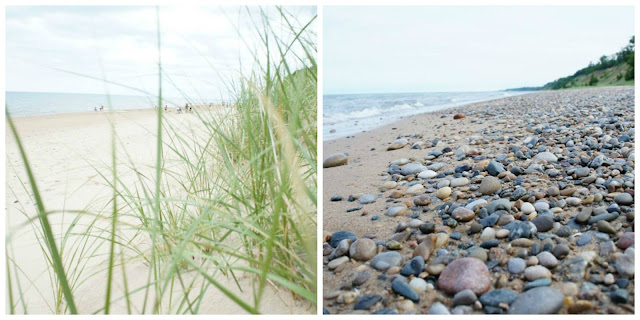 Thursday
A fun day with granddaughter Kayla at her Ball State University orientation for transfer students. 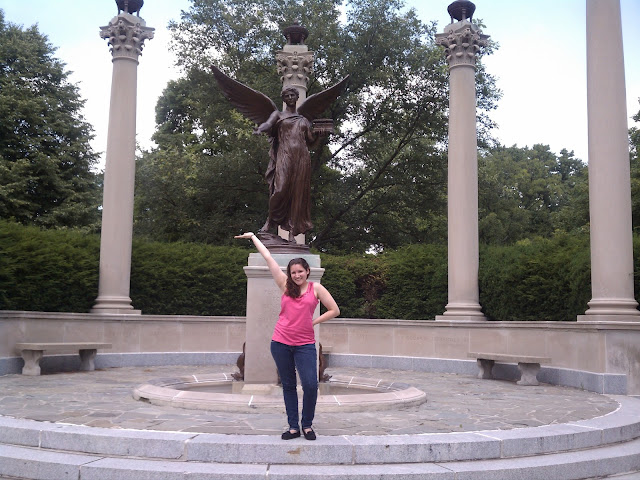 Mike was back home when I arrived in the afternoon. :-)

Friday
The highlight was a surprise retirement celebration breakfast for my dear friend Jane. 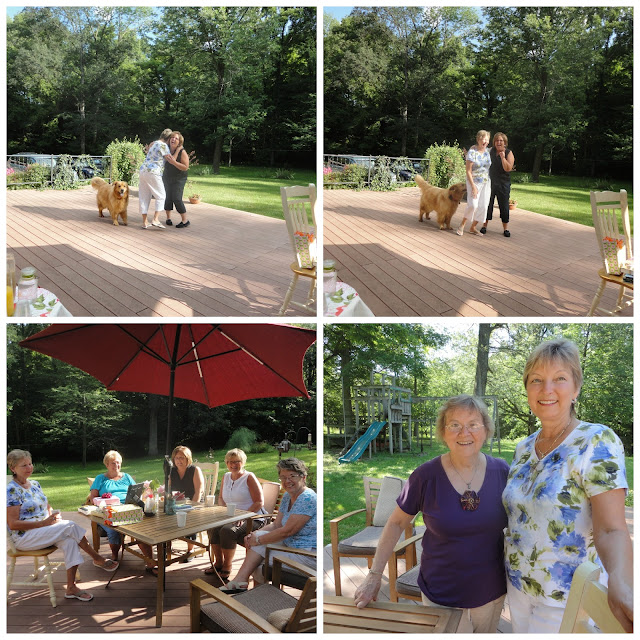 Saturday
Errands and events...
Enjoyed a couple of the gardens included in the local garden club tour.

Of the 300+ varieties of lilies, I think this may have been my favorite, may be its name.

In the evening we had a small dinner with Matt and Kayla to celebrate his June birthday, belatedly, as we were out of the country. 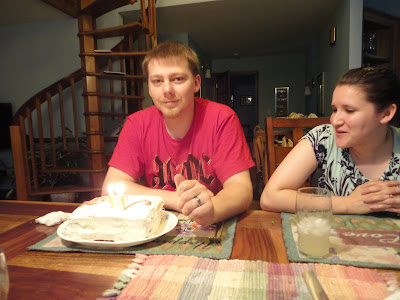 That was our week en breve.
Posted by riTa Koch at 10:07 AM 2 comments: Enlaces a esta entrada

For five years now I have faithfully participated in a photo-journaling effort to summarize each week by linking up with a circle of bloggers who aimed to take a photo-a-day, hence the name Project 365.

I am now four weeks behind and somewhat overwhelmed, wondering whether to continue the effort or not.

In the meantime, while that decision is brewing, I will jump back into blogging mode by talking about the present, this past weekend.

I could have titled this post Home Alone. Mike and some of the family members and friends left today for a few days of camping in Michigan. It was decided last week that I would stay back because I was sick, healing slowly, and feeling overwhelmed after our overseas travels.


However, yesterday I was coughing less and felt up to going to Mother's. The timing of the visit was significant--to coincide with the visit of my 96 year-old uncle and his wife, an opportunity I could not afford to miss.


We had a delightful visit. Uncle Bob was married to dad's sister Arlene who died suddenly in 1974. He later married Celeste who has been a wonderful helpmate.They were invited to speak in the Winona Lake area and drove all the way from Minnesota. 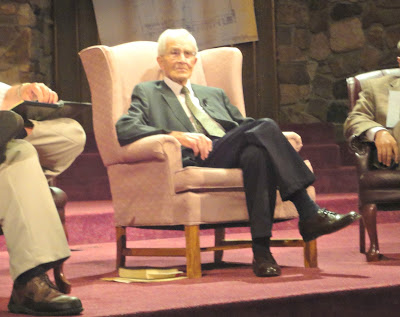 In the evening service I was able to attend, he was questioned about his own story and teaching career, issues pertaining to the history of Grace College and Seminary (my alma mater), and his memories of Dr. Herman Hoyt (his brother-in-law, uncle Herman to me). He  is the last survivor of the class of 1942 and was present in those early beginnings in Ashland, OH.
Afterwards, he gave a short message from the heart relating to the times we live in. All very fascinating to me!

He is a brilliant scholar and author. One of his major life accomplishments is the 1258 page Systematic Theology, Biblical and Historical. 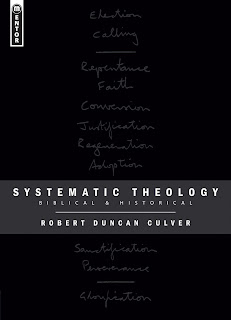 The synopsis on Amazon reads:
Robert Culver says this is not a book of general interest to casual readers but it is for those who read well. There is no previous knowledge of theology demanded but a serious intention to learn is required. Students in seminary classes, Bible colleges and mission schools will find it of great value. This is a guide, which aims to meet minds where they are now and focus them on biblical and historical matters essential to the subjects covered in a uniquely attractive and readable way. Subjects included are The doctrine of God, the doctrine of man as created, the doctrine of man as fallen, Christ - His person and work, the doctrine of salvation, the doctrine of last things.

However, uncle Bob is also a farmer. Not too many years ago he sold the last of his cattle. They have gradually cut down on the amount of gardening and tending of the 130 acres of forest and pasture.
As he told his story, I understood better why he does what he does. Farming is in his blood. He comes from generations of farmers. He was well acquainted with the shepherding expertise of the Basque people. Some of his ancestors hired 'vascos', as he called them, to be their shepherds in the mountains of Washington, in the NW.
After his second year of college, he was unable to continue for lack of money. Recently married, he and Arlene drove back to Washington to work on his dad's farm. His father offered to raise whatever calves he bought and all the profits would go to further his education. So Bob invested in fourteen calves that in the end  brought in sufficient funds for him to continue his schooling.
Meanwhile, he'd been asked to do pulpit supply and ended up pastoring the church for two years. At that very early stage he already showed great promise as a Bible teacher and caring pastor.

P.S.: SIL Kim found and sent a link to an excellent article about Uncle Bob: The Old Man and His Big Book.
Posted by riTa Koch at 10:47 PM 2 comments: Enlaces a esta entrada

Our friends in Basque Country, Amaia's family, made us a gift. They said it took a year to 'cultivate'. It is the real thing, nothing fake. A dried sunflower arranged in the hundreds-of-years-old traditional manner to create a house ornament meant to ward off evil spirits.

They no longer hold that belief. We have the One who created the sunflower to walk through life with us and guard us from evil.

Surprisingly, this lovingly crafted gift, though fragile made the trip safely in a perfect size cardboard box.

We are home, sleeping in our own bed, catching up on our reality here in the USA while trying to process our experience in the Basque Country, and healing. Mike, who fell on his tail bone twice, went to the chiropractor for some adjustment, and I got sick the last day, had no voice or hearing on the trip back, so went to my doctor.
Posted by riTa Koch at 10:26 AM 3 comments: Enlaces a esta entrada