I did not get to see "Baby Abecca" (as Jude calls her) this week :-( except in photos.
So I will post my favorite pic by Dominique Lee Photography, a young community friend. 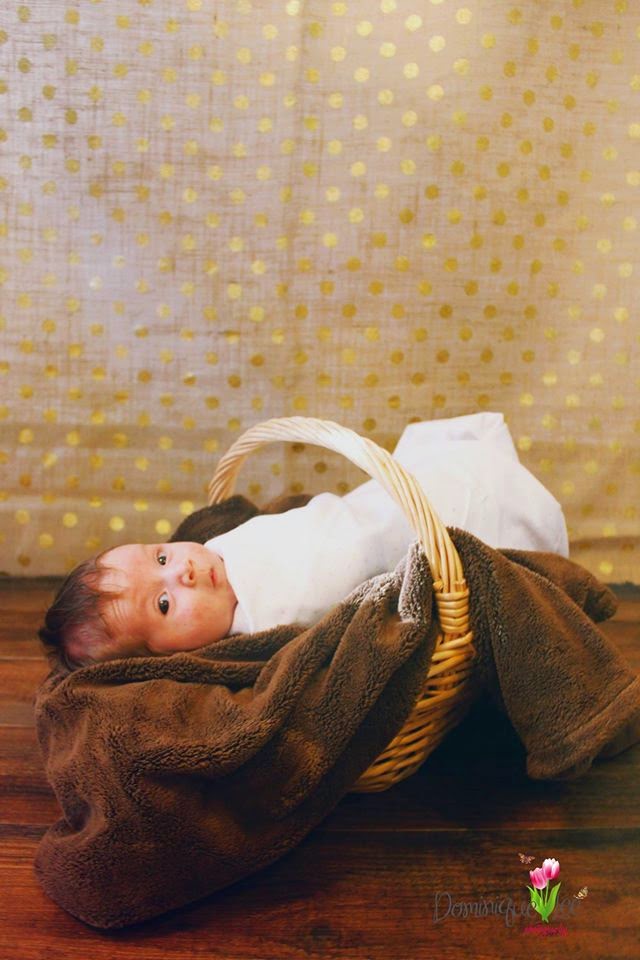 This week Mike has accomplished many things, though getting to the bottom of his recurrent leg pain is not one of them.

Monday he hung the tapestry we chose and ordered on our mini vacation in Nashville, IN. 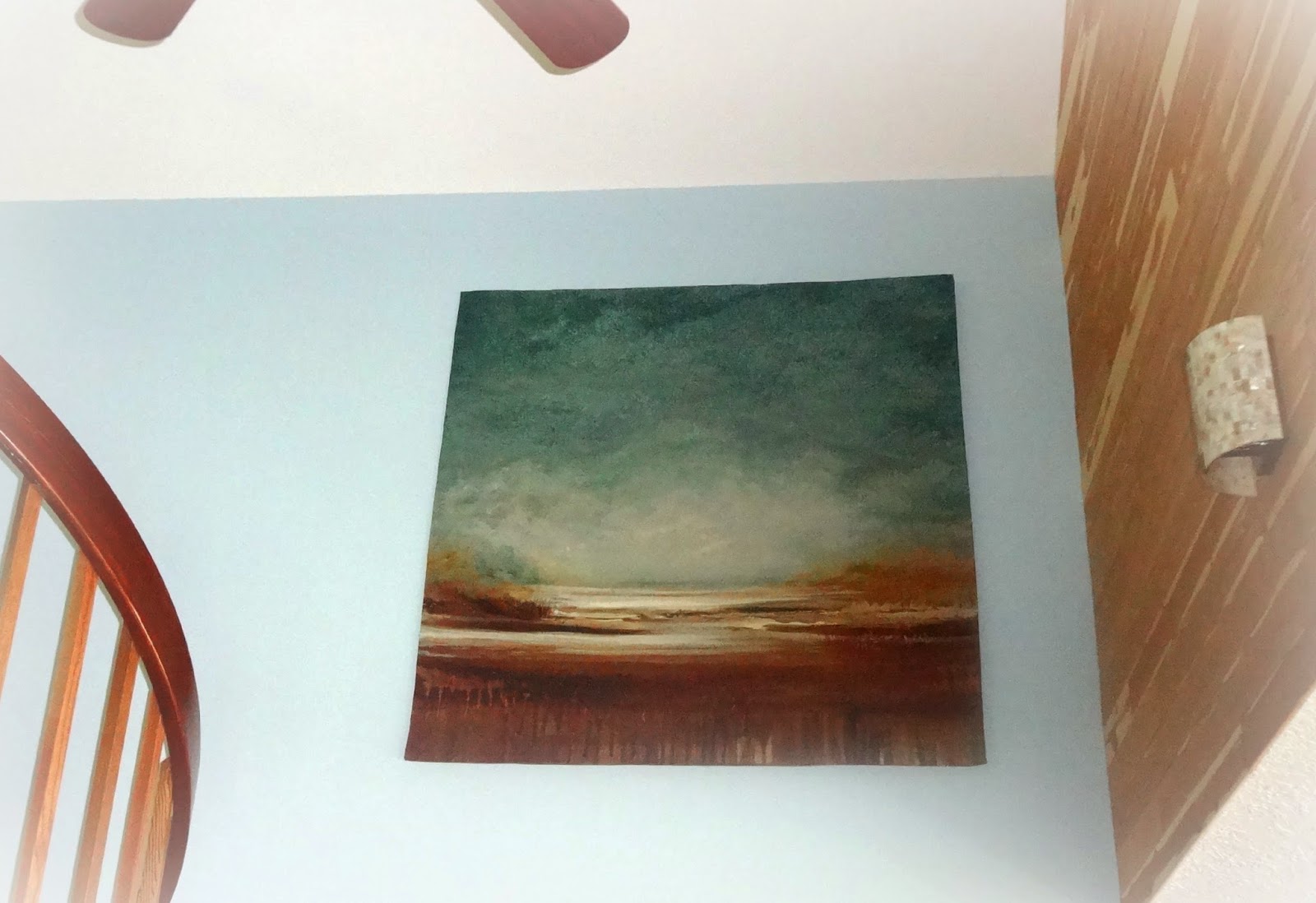 Throughout the week he continued to work on the deck. I helped him some on Friday with the last phase, the staining.
He's determined to finish the huge task before the weather changes.

Following a short break after the accident with his sculpture, he picked up the broken pieces and began the restoration process. He does not, will not give up. I have always admired that. The new 'member-tree' awaits further coating. 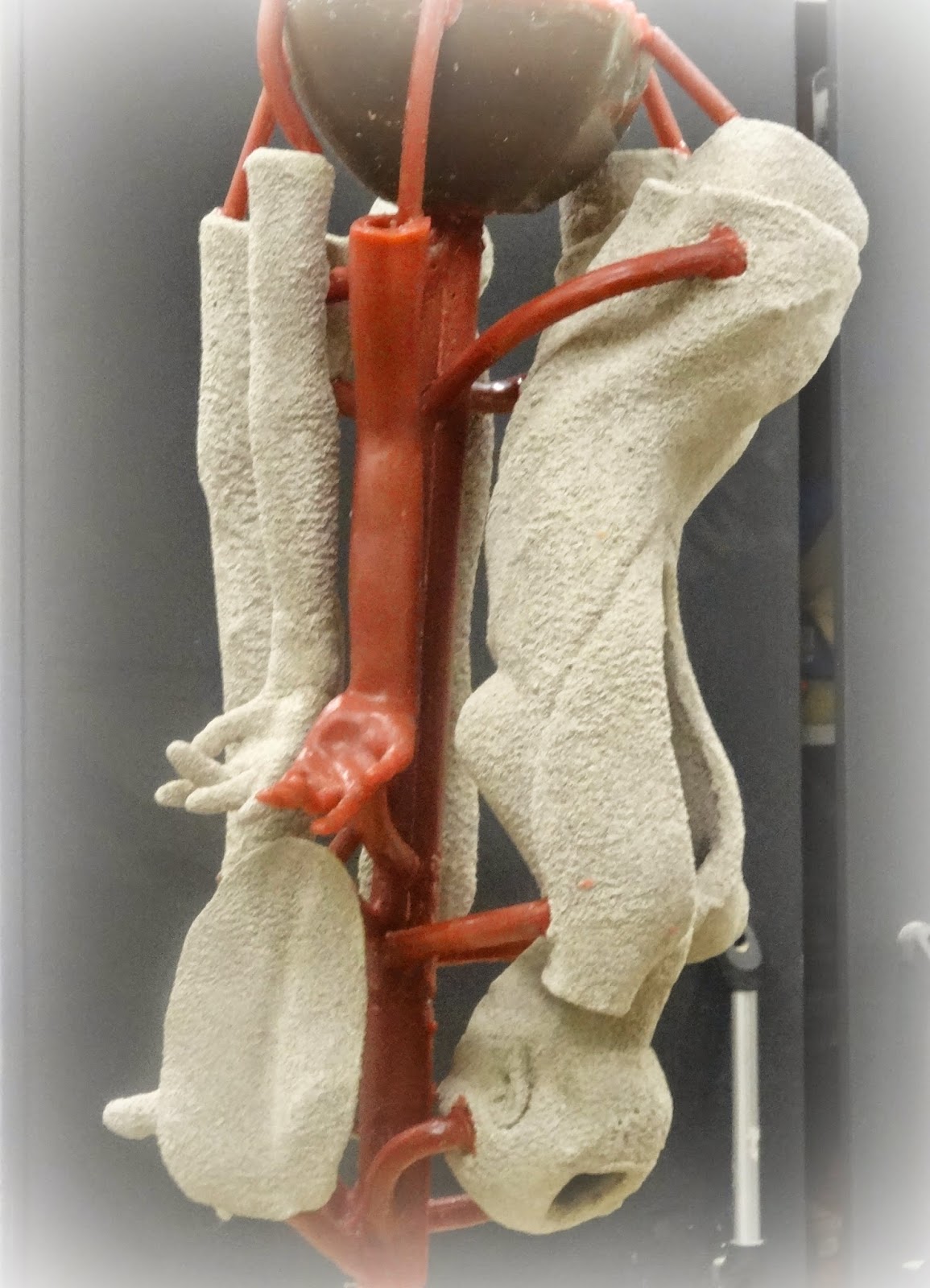 Perhaps I learned from Michael to keep on keeping on no matter how long it takes. That's why I collect tortoises. They sit on my kitchen window sill as a constant reminder.

Thursday was a special anniversary that I look forward to every year. It marks the new beginning for Sam and Kristie. And being TBT (Throw-back Thursday), I include these reminders of the end-of-rehab ceremony and celebration. 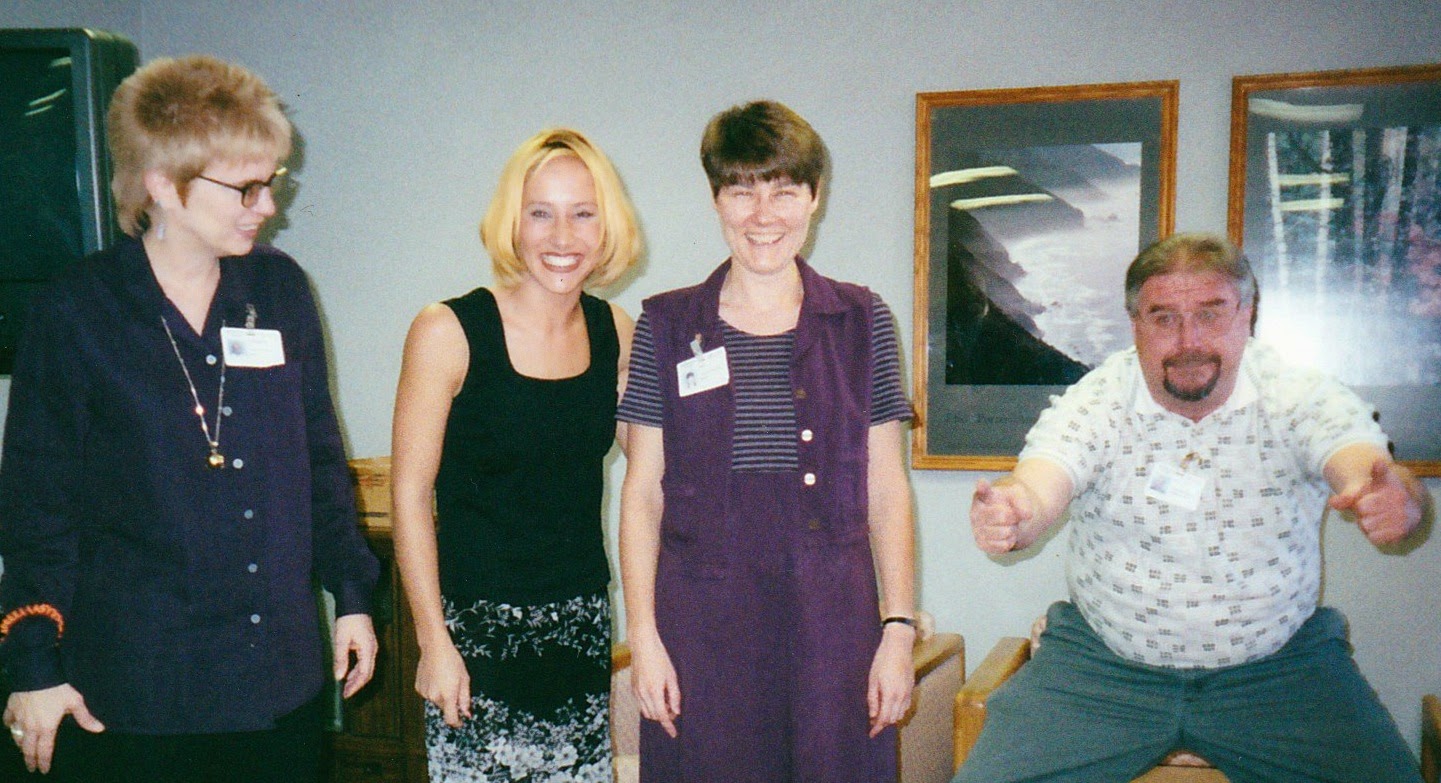 I don't know why Sam was not in the picture, but he never forgets to publicly recognize that memorable day of deliverance. Here are his words on Facebook this year as he is away, traveling for work.

I am in New Hampshire, their state moto is "live free or die" 14 years ago today Jesus pulled my wife and I from the depths of hell (addiction). In the last week I have lost 2 friends to addiction, 1 an overdose, and 1 suicide, both drug induced. I am so saddened by the despair, and pain that addiction causes so many. At the same time it is a great reminder of how blessed I am to be not only alive, but free! Thank You Jesus!

Before class Thursday evening, I went to the visitation for one of the mentioned above--a young woman. I remember when she helped us paint the mural for Sam's Upland skateshop years ago.

Friday, my neighbor and I walked two and a half miles. I am so grateful for a weekly walking partner and the beautiful weather we are having.


Saturday, was another gorgeous autumn day, perfect for the memorial of a cycling friend. He was an outstanding athlete and musician. The celebration of his life was an outdoor musical event at Prairie Creek Reservoir. He came from Norway years ago.


Meanwhile in Ohio, Stephan was carving a monster-pumpkin, 400 lbs.


Sunday afternoon we had our only tandem ride of the year and it was very brief. Mike belongs to the Greenway committee. They are working to bring the trail through our area and town. Taylor students are producing a promotional video and needed footage of riders using the trail. Here's a puzzler for you: Can you tell what important piece is missing?
Come back next week for the answer.
Posted by riTa Koch at 12:47 PM 3 comments: Enlaces a esta entrada

We are very blessed to have our growing family living in the area. Birthdays are added opportunities for family fellowship.

Diane preferred the traditional birthday song whereas Kristie enjoyed the Krazy Koch version. . . until it would not end!
(How long should each candle represent one year?)

Wanna guess who is the center of attention at family gatherings now? Forget the birthday celebs!


The first time great-uncle Sam got to meet Rebecca. (They have similar hair-dos, don't you think?)

I captured the first pictures of the little family!

A Kern-family collage where the little 'Kernel' is wearing the outfit that claims each to be her favorite.

For Kristie's birthday Sam planned a romantic two-day getaway and enlisted the grandmothers to help keep the family routines going smoothly.
Kristie left precise instructions for each of us. Here's my list for all day Wednesday and Thursday morning, which included driving back and forth to pre-school and soccer practice twice each. 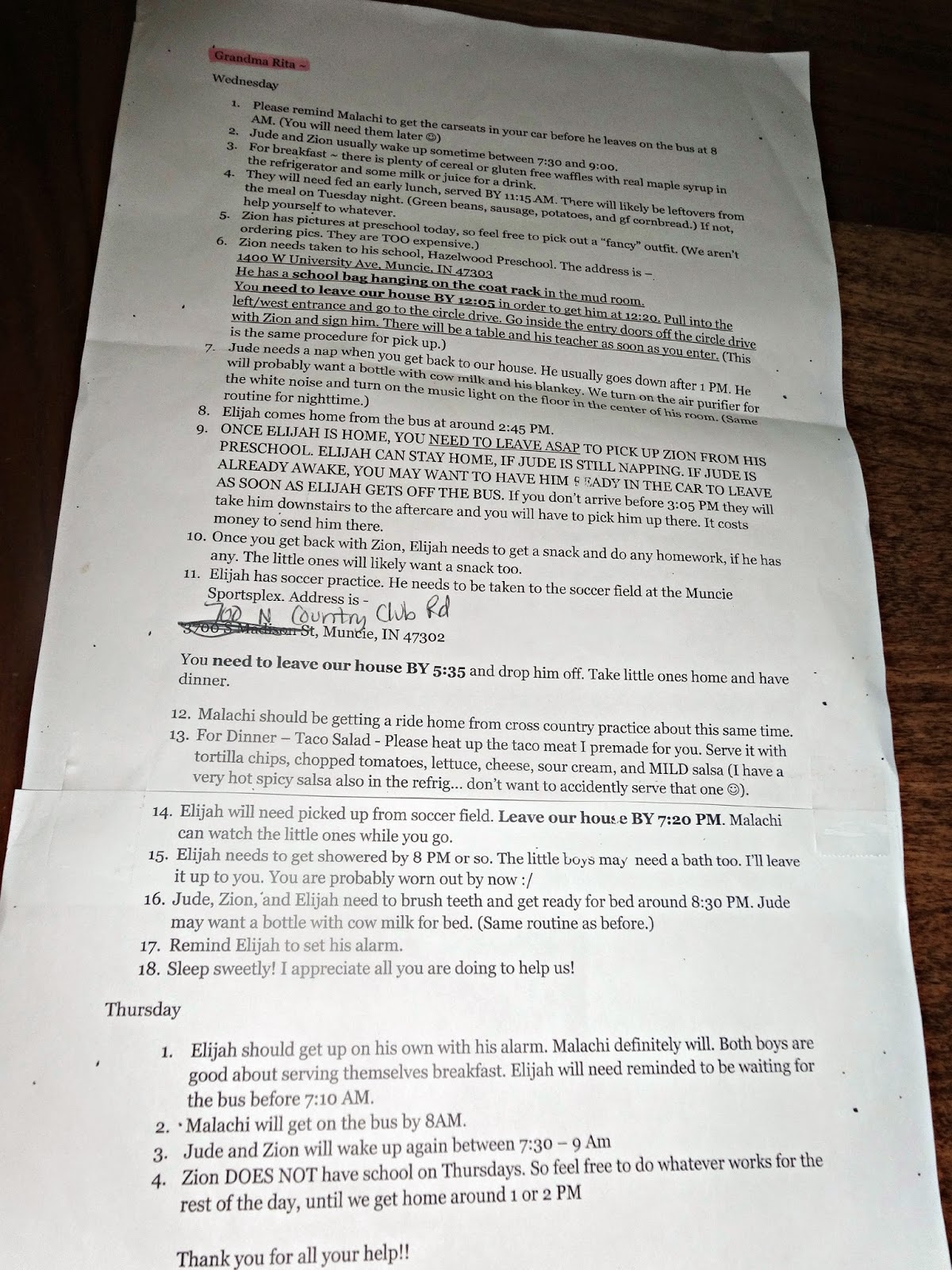 However, there was time for play. We put together the best track and village ever, according to Zion. 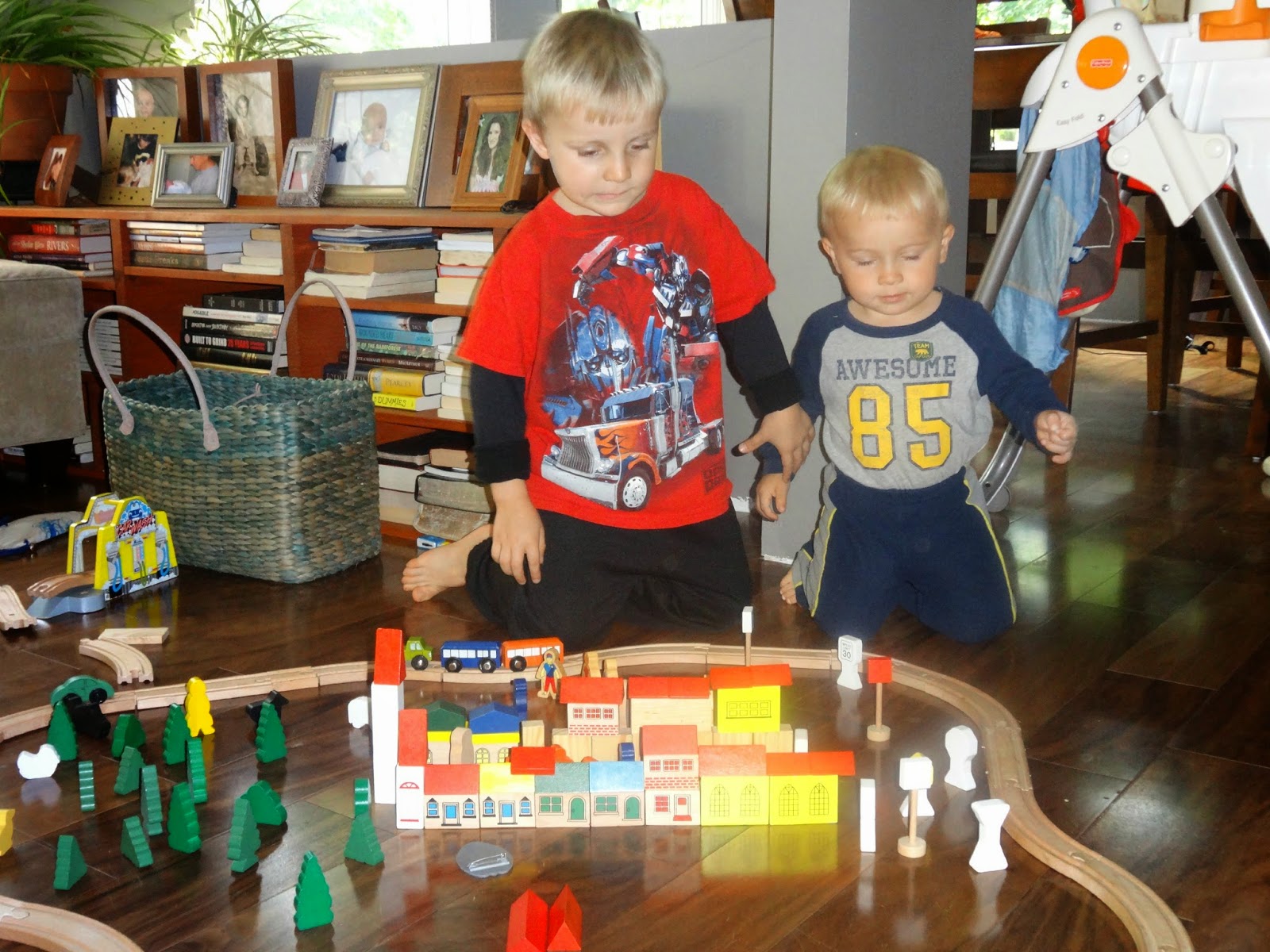 Thursday morning came all too soon. The big boys went off to school at different times. 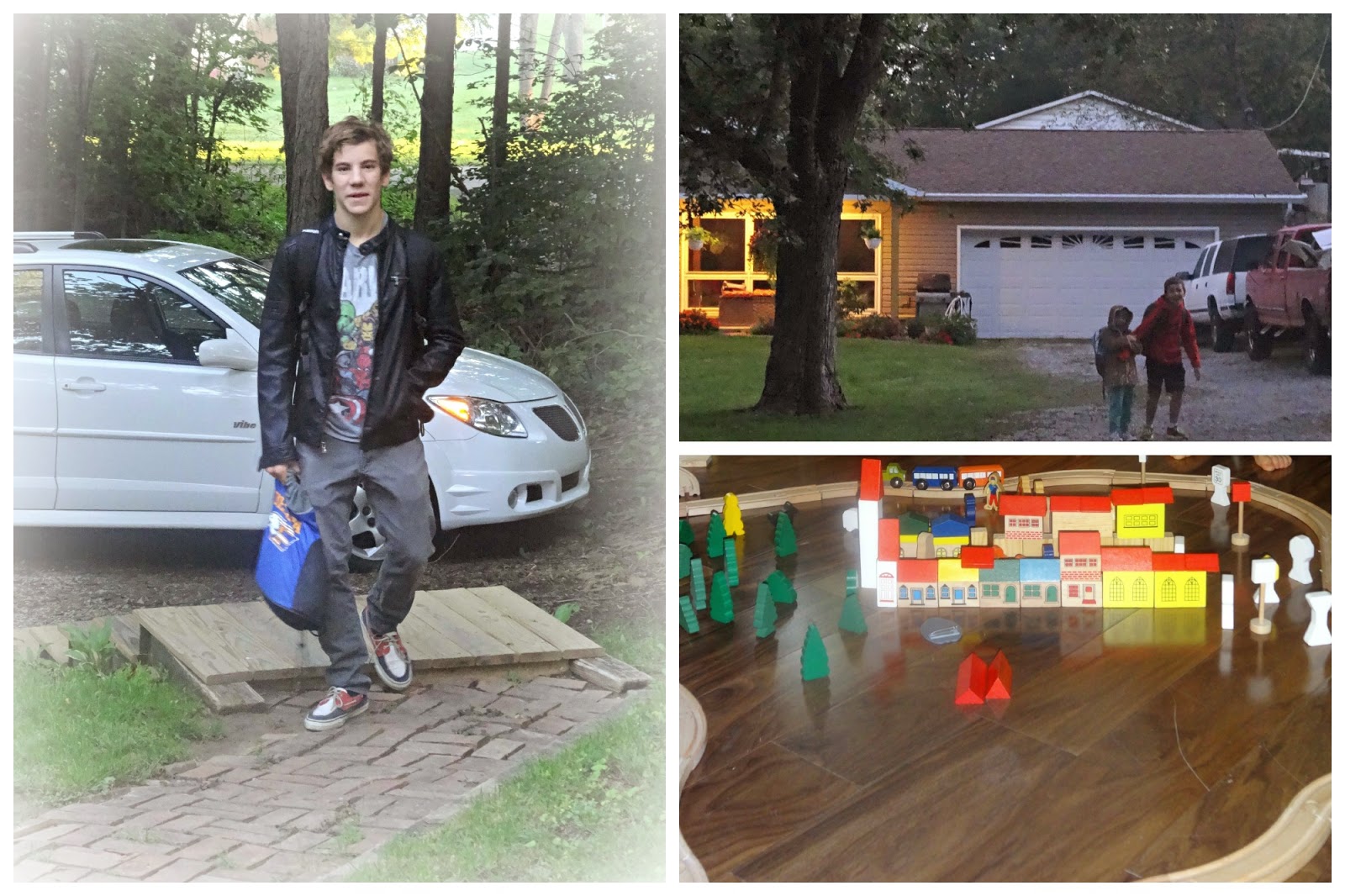 Surprisingly, the train track was still intact and Zion would have left it that way, but 'hurricane Jude' would not allow it.


So, yes, it was a full week. In addition to all the above family fun, our regular weekly commitments and more.
Michael had many medical-related appointments. The recurring debilitating pain is still there, but he may be closer to a diagnosis and solution.

During his pain-free moments he continued to work on the tree sculpture and admirers keep coming. 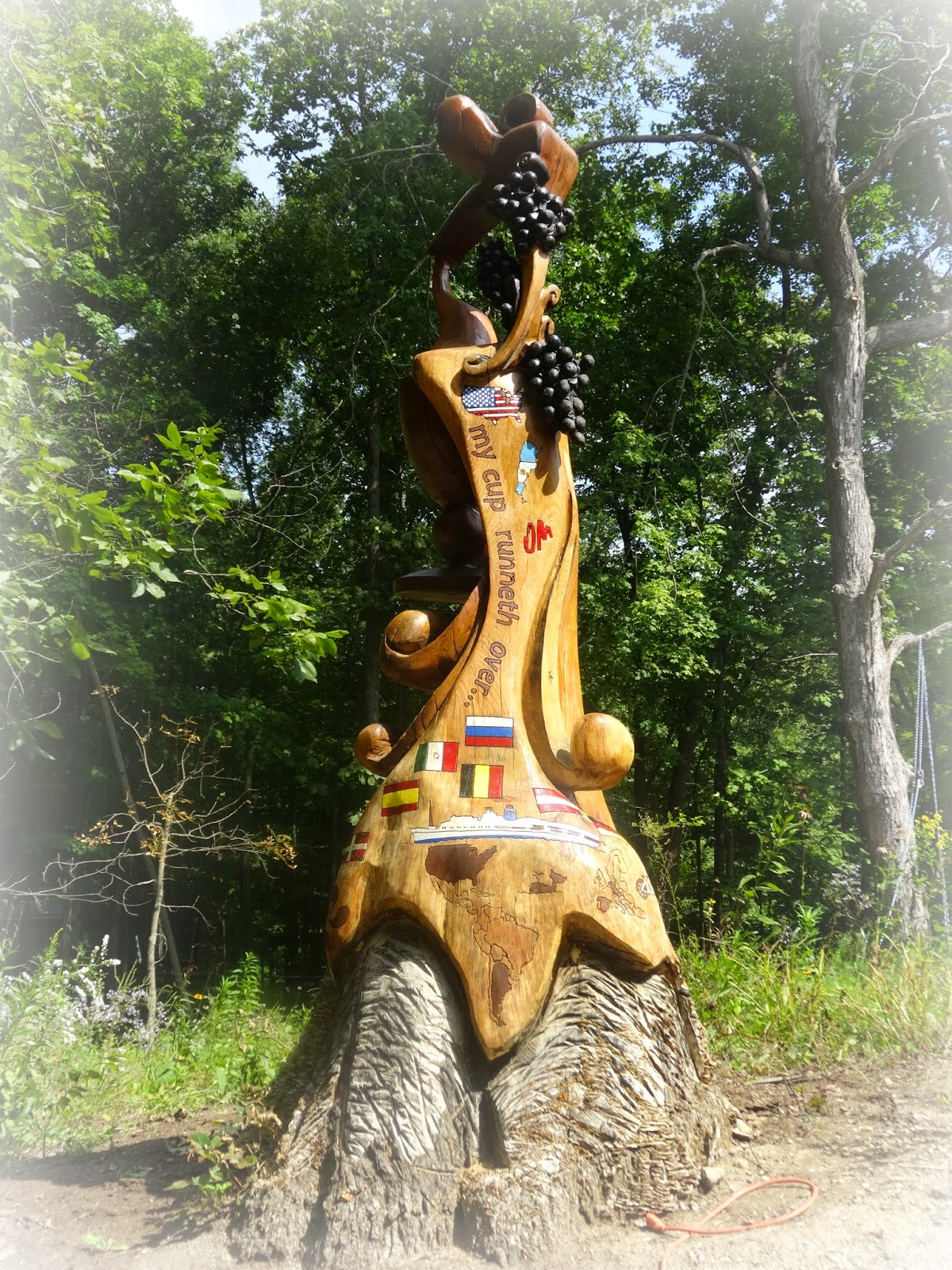 This photo arrived yesterday from the Wandering Wheels group that made our place one of the destinations on the last day of their week-long Fall Breakaway. 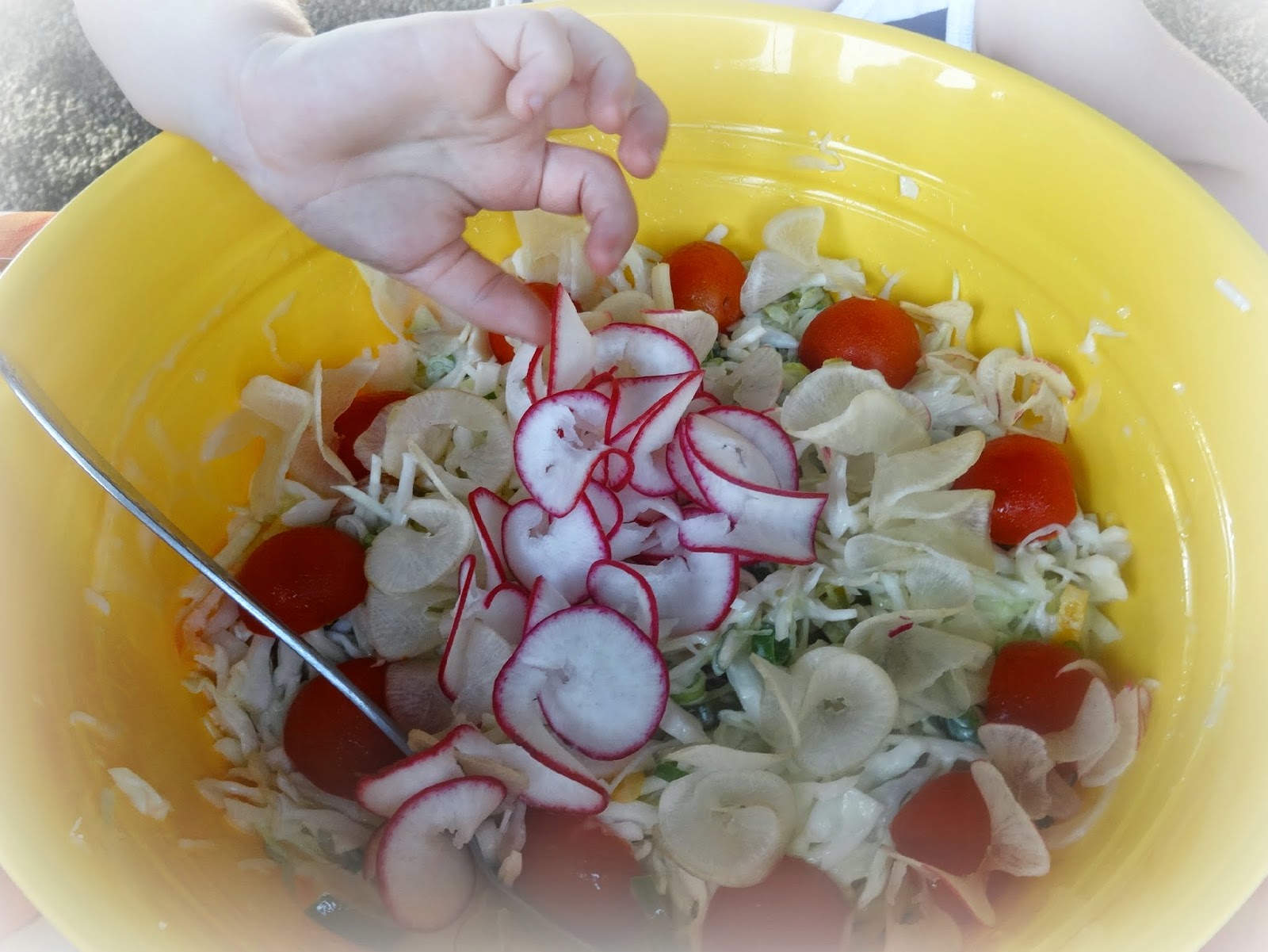 Today, the first day of Autumn, I began to see signs of leaves changing color.
What changes are you noticing?
Posted by riTa Koch at 5:47 PM 2 comments: Enlaces a esta entrada

Can you tell I like alliteration?
Monday I spent focused time learning how to prepare a presentation for class using all the many resources available through technology. It went well. No problems. I was excited. However, Tuesday in class, nothing worked. No problem with the presentation, but I just couldn't get the projector to work and my connection timed-out. All part of my learning-curve. The students blamed it being Tuesday as something seems to not work on those days. Perhaps it is best, we had a very interactive language class anyway. And Thursday, everything worked just fine.

Back to Monday. We had another great meal and fun time at Stephan and Karen's. Two friends from other countries were there. We always enjoy talking about language, telling stories and jokes, comparing cultures. 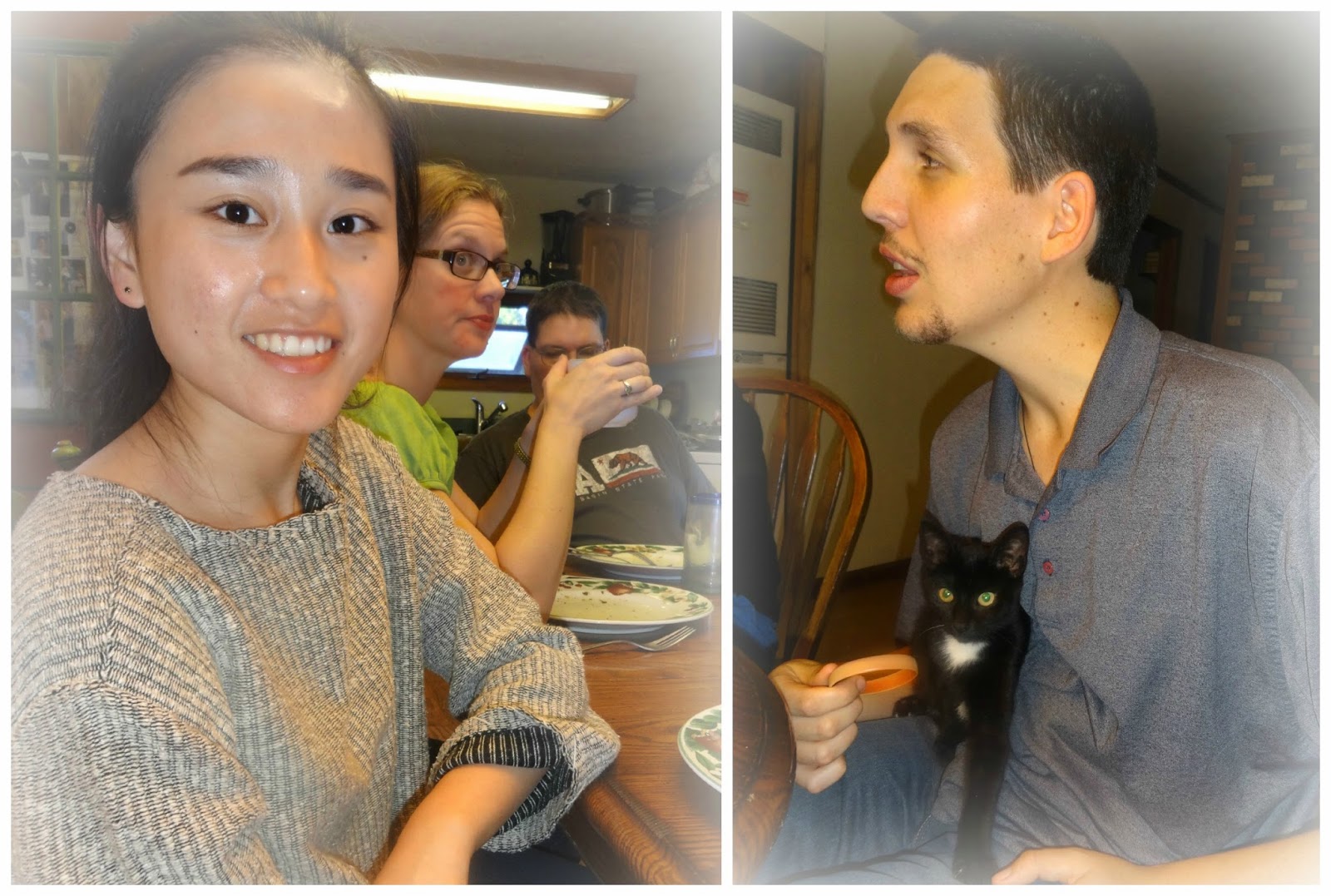 Notice how Nova, the kitten, enjoys visitors. We also went to look in on the rabbit colony.

Toward the end of the evening we noticed the super moon and mist. And every time we go, we notice something else Stephan has done. Among other things this time the screen doors he made and the swing between the trees out front (see below to the right). 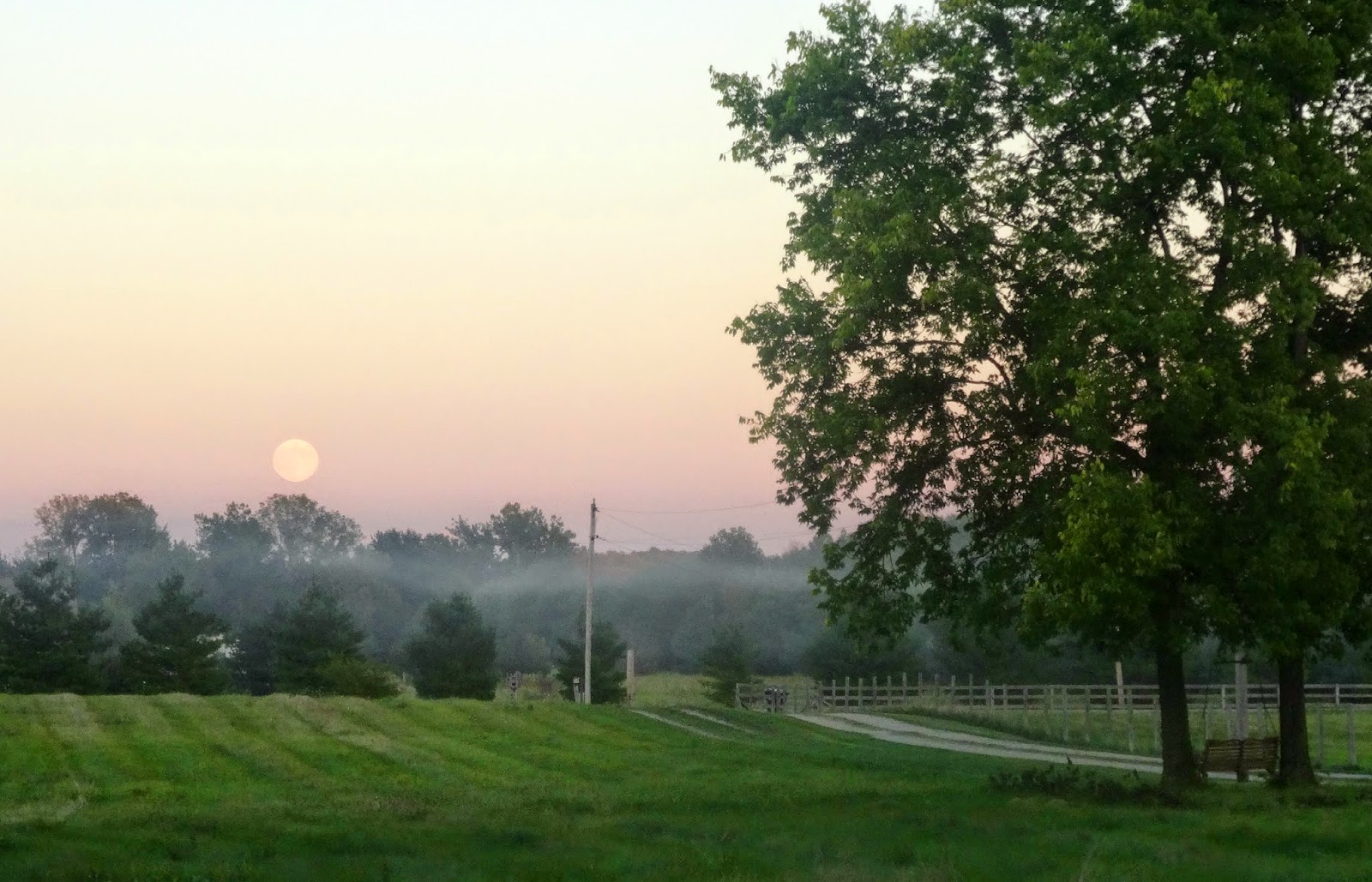 Tuesday I tried to walk through our woods from the road, but the old path was closed with summer growth. However, I did glimpse the large fallen oak tree Mike had told me about. 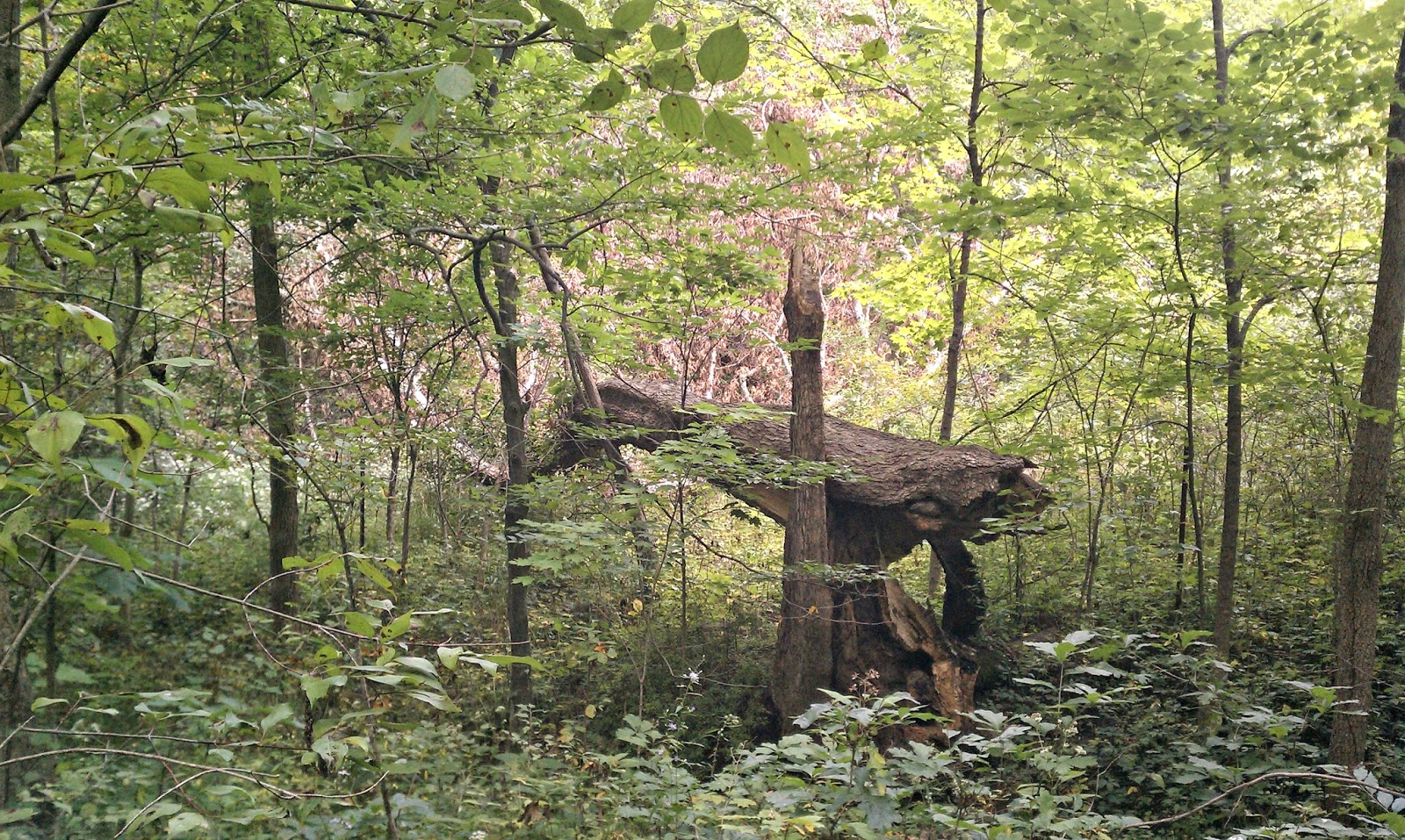 Speaking of trees. . . he has been working off and on all week repairing the sculptured tree. 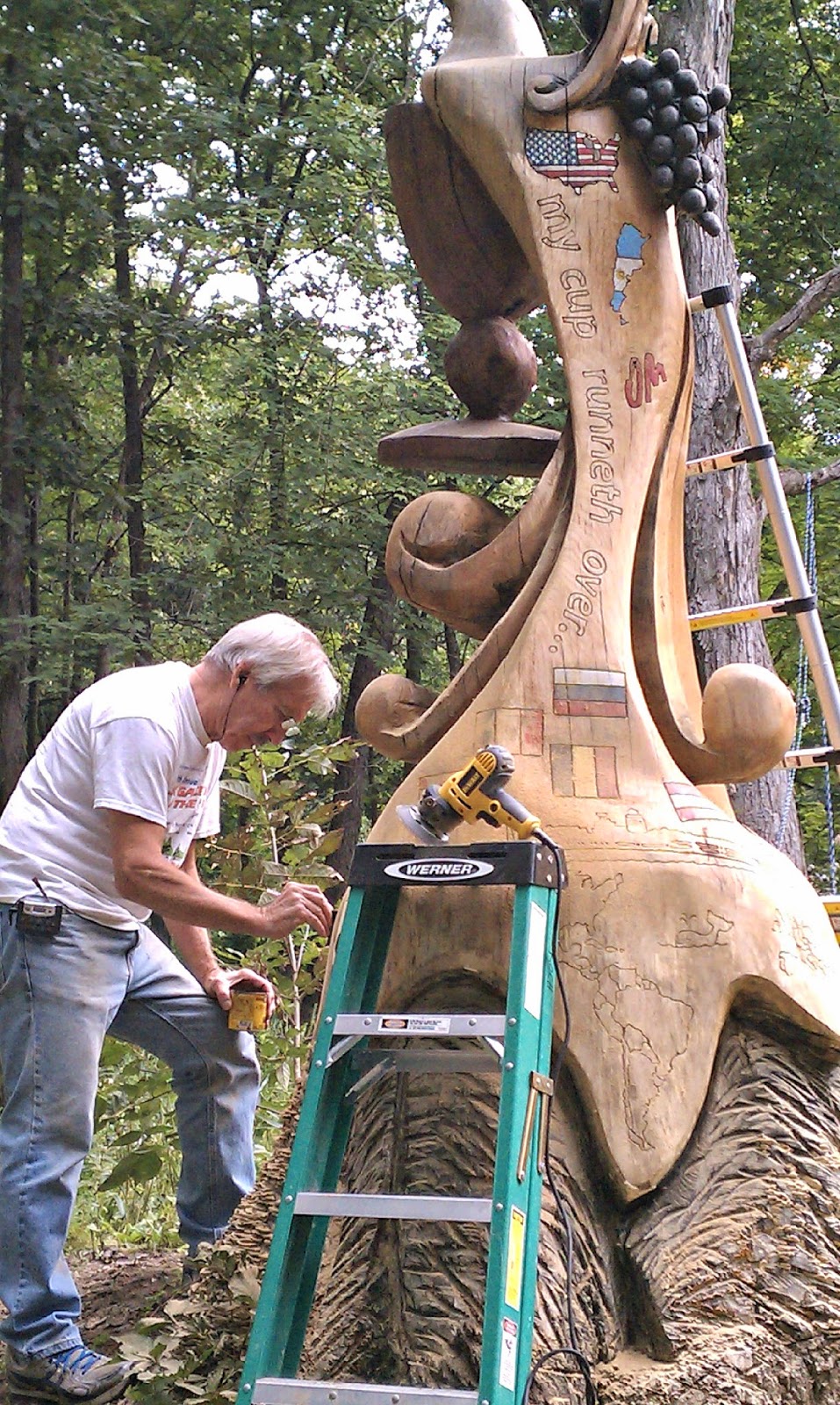 First he had to sand off the fungus that grew out of all the grooves outlining the icons, then bleach to remove any mold. Now he is retouching all the colored figures. 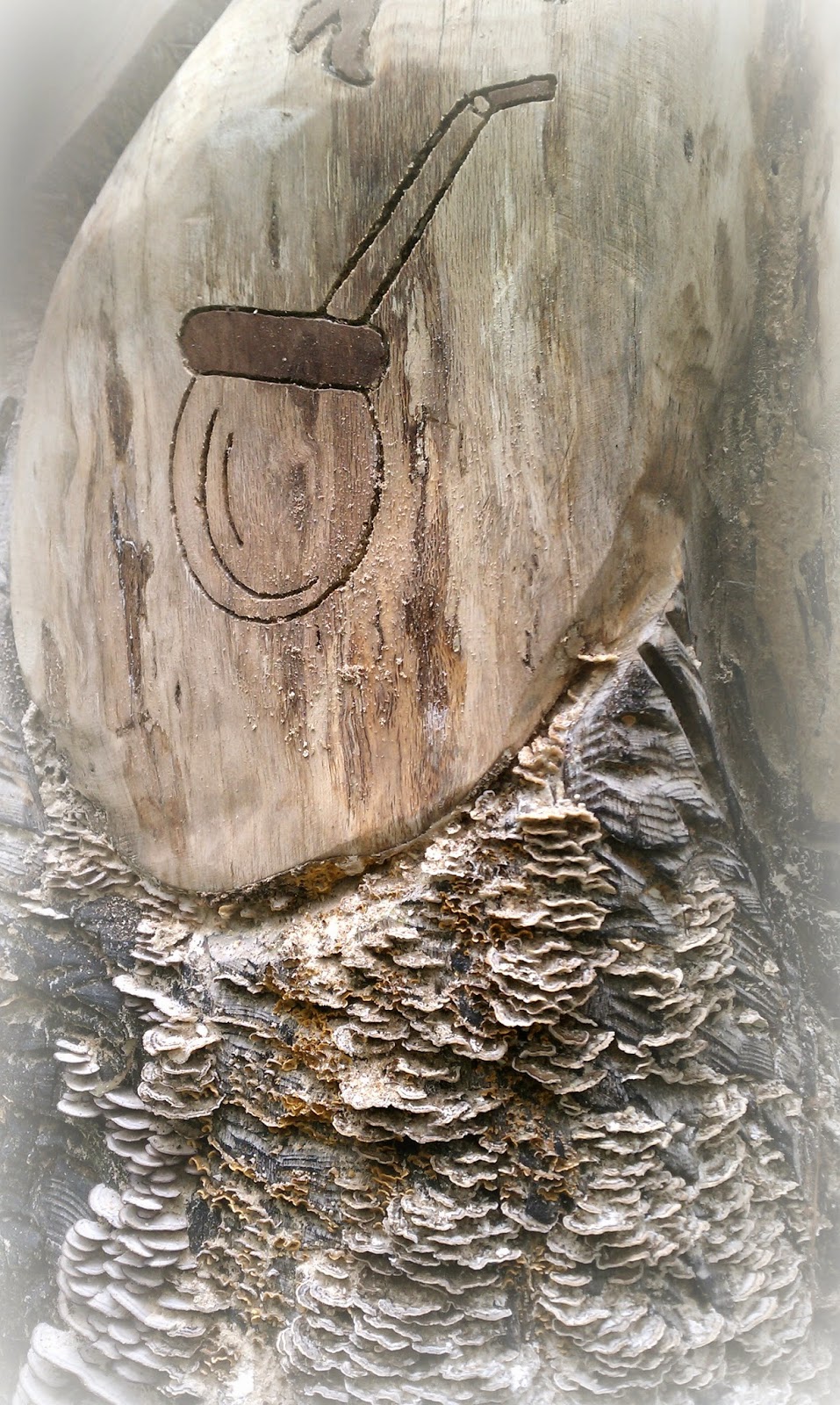 He also spent a lot of workable segments of time spraying the deck with bleach to clean it, a task that has to be done every so many years.
All this, and much more, was accomplished during moments when he was not in pain, until it returned and he'd have to sit for a while. Yes, the mysterious and persistent pain has interrupted him repeatedly. So, as is his way, he researched at length. Many others describe what he has. Only one person he read about had found relief. He sent for the book about pressure points immediately, and had it overnighted. It seems he may have found a solution, though it will take time.

Yesterday, the 12th was the last day of the Wandering Wheels Fall Breakaway, a week-long bicycle tour. They had asked to come by, see our sculptured tree and tour the new house. We, somehow forgot, or thought they were coming on Saturday. Our confusion became apparent when a few faster riders began to arrive. Mike came in to inform me and tell me not to panic. I never tidied the entire house so quickly!
They were a very friendly appreciative bunch, thirty five in all, from as far away as New York, Canada, Wisconsin, and I don't know where all.


Today we enjoyed Elijah's soccer game in Yorktown. He was chosen and tried out for the travelling team.


I promised a photo per week of our sweet great grandbaby. I had to borrow this favorite pic of the week from Kayla. Can't wait to see her again, hopefully tomorrow on her one month-a-versary!

The day began earlier than usual for us with the annual race. Mike made a brave effort but the hip pain returned very early. Again I beat all the other females my age who did not show up.

I could have walked in the parade with several groups, but chose the Upland Greenway. Mike is on the committee working hard to join sections of the trail that would bring it through Upland. 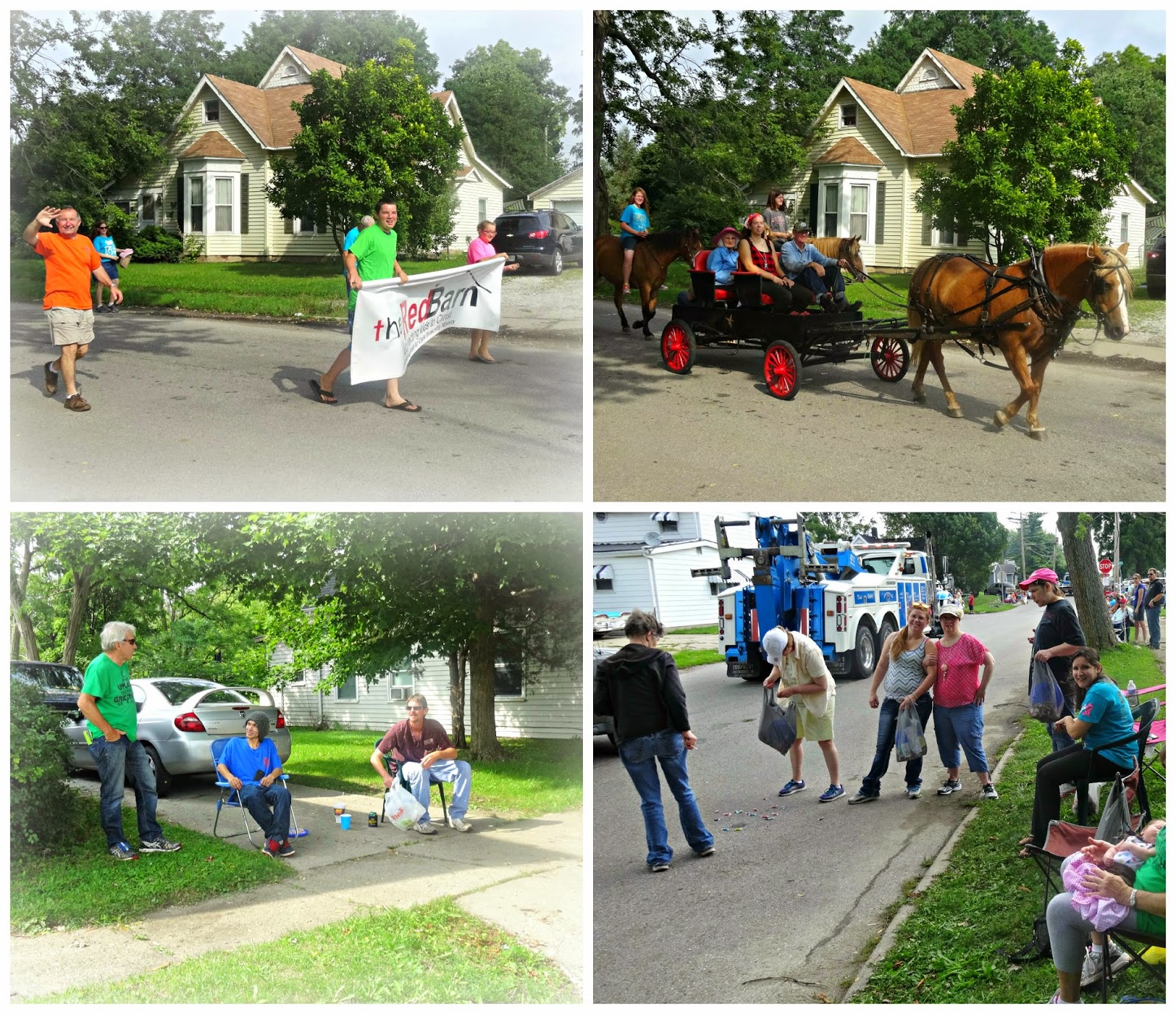 We enjoyed hanging out by Leah's house to watch the rest of the parade and visit with family and friends.
Rebecca Rose slept through all the attention.


And was well protected by three body guards. Can you see two of them? The third one is on the other side, of course. 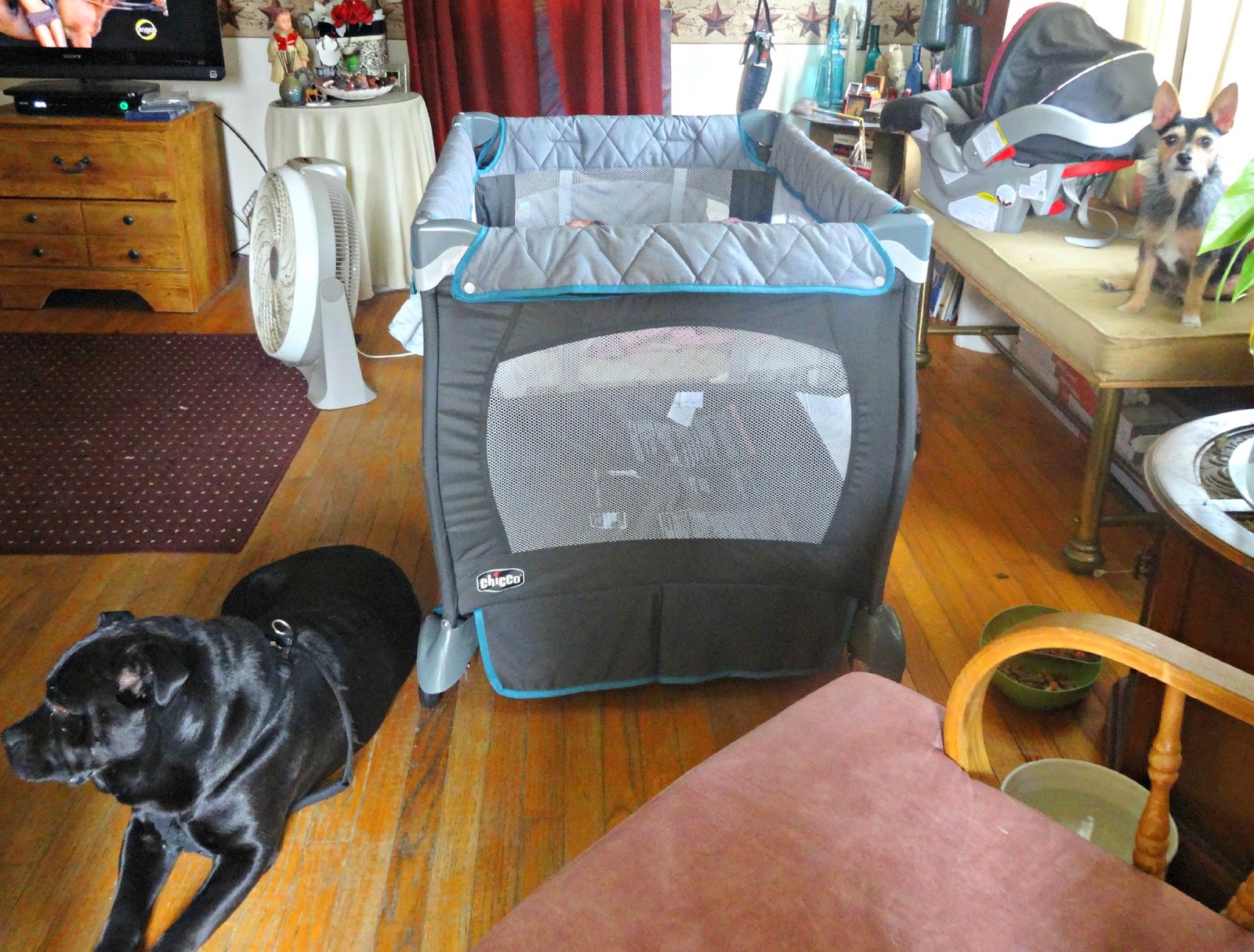 Labor Day officially marks the end of summer activities. The weather and other changes will follow.

We've enjoyed watching the birds as we eat breakfast. Some wait their turn, others fight for theirs. 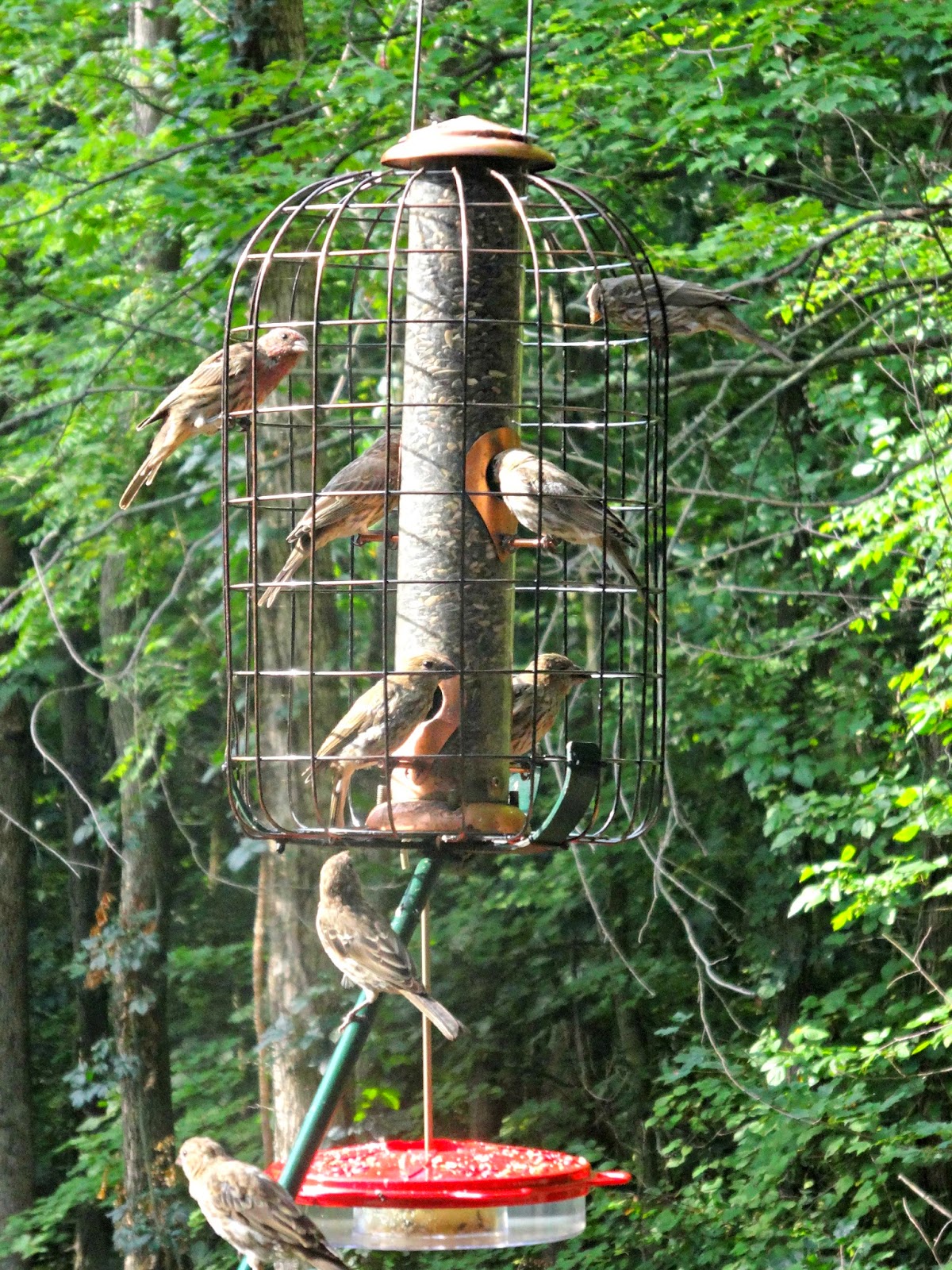 Stephan delivered this ice sculpture to an event and then stopped by on his way home.


Michael finally got some relief from the recurring hip pain. The chiropractor and ex-rays determined what was causing it. He goes back a couple times this week for further adjustments.

Mother, however, has been dealing with vertigo for a week or so and still no relief. We went to see her Friday to be there when the therapist was  scheduled to see her, but she did not come. 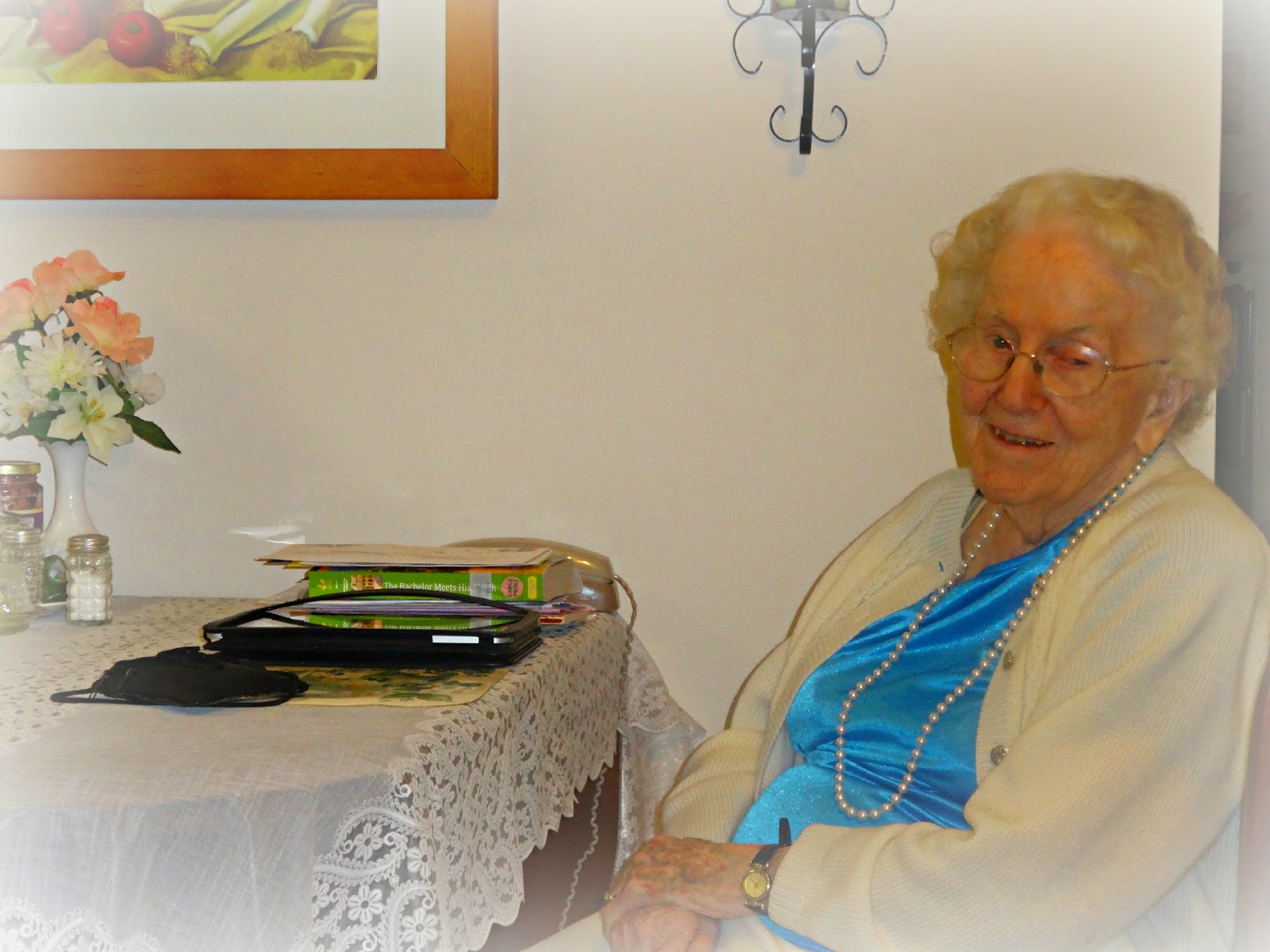 Saturday we went to Malachi's cross country meet. It was a huge invitational with 71 teams, 2016 runners total--small and big schools, girls and boys. He did well, a second personal record in a week! 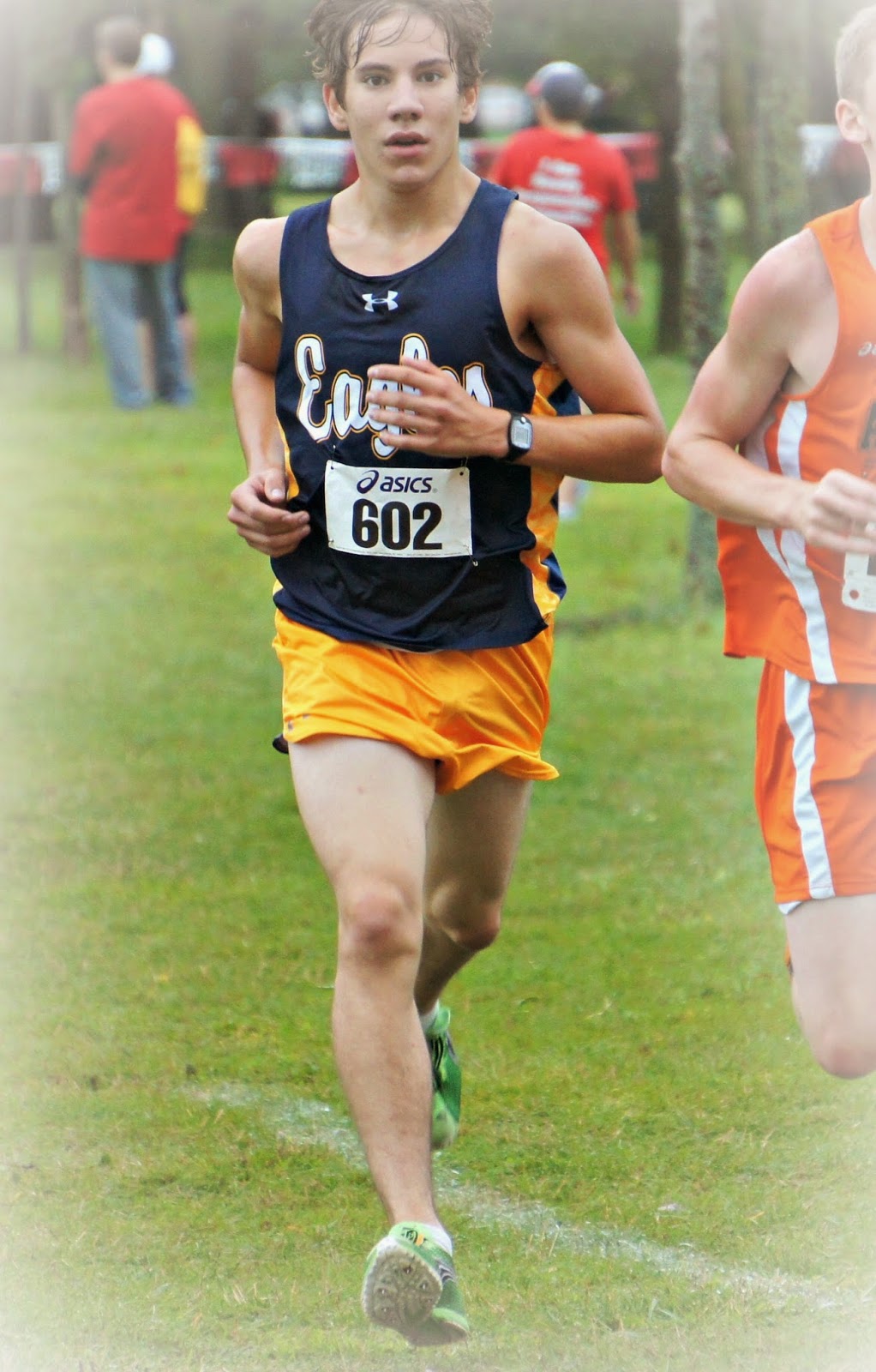 We took in yet another town festival in neighboring Matthews--the Covered Bridge Festival. Michael walked considerably more than he has been able to although he did stop and rest for intervals.
We met up with many people we know, always a lot of fun.

So, teaching is going well although I am still exploring the new text book and all the resources available.

Here's one of the questions the students are learning and I ask you, ¿Qué hay de nuevo? (What's new?)