What a crazy week of multiple reunions, almost as unbelievable as this giant hibiscus with amazing blooms that last only a day!

The first gathering was on Sunday--a celebration of Karen's hard-earned achievement, conveniently a day before her birthday. She felt especially honored to have her very own ice sculpture after almost twenty years with a professional ice carver--a fancy sushi bar recognizing her new title M.A.E. 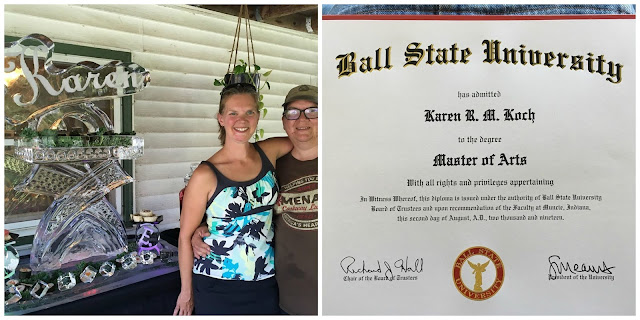 Stephan's role as host included providing food, serving, making everyone feel comfortable--family, friends, colleagues--even playing games with the many children in the pool. 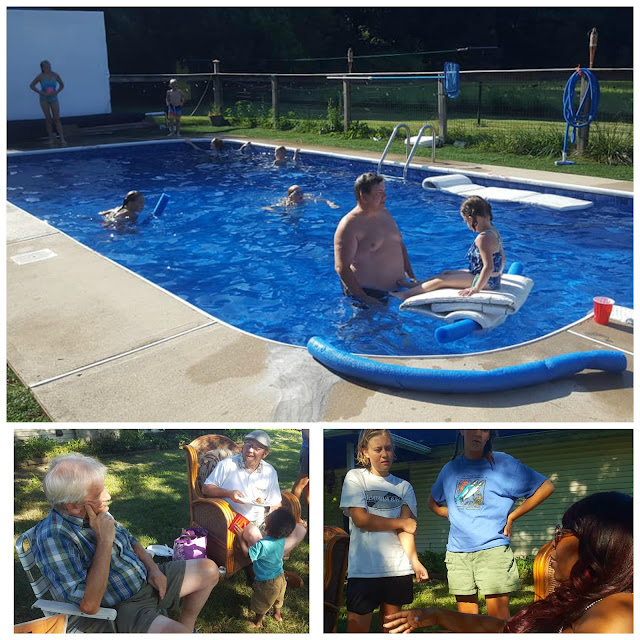 Monday Night Meal (usually just a few of us,four Kochs and neighbor Jasmine) became another reunion of sorts with several of the original friends from dinners Stephan used to host years ago when he was still single.

Tuesday, Aldo (Hoyt brother #3) and wife Alice, stopped for visit and lunch at Ivanhoe's on their way from Indianapolis to Winona Lake. Stephan was able to join us. 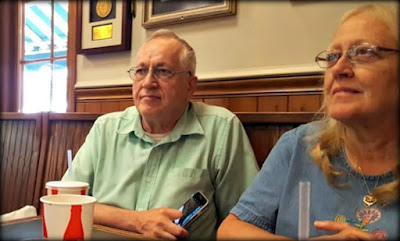 Wednesday, Michael and I joined them for dinner with Mother, Alan (Hoyt brother #5) his fiancé Raquel as well as his son Nicolas, and Margaret (Mother's dear friend, both 98 this year!). 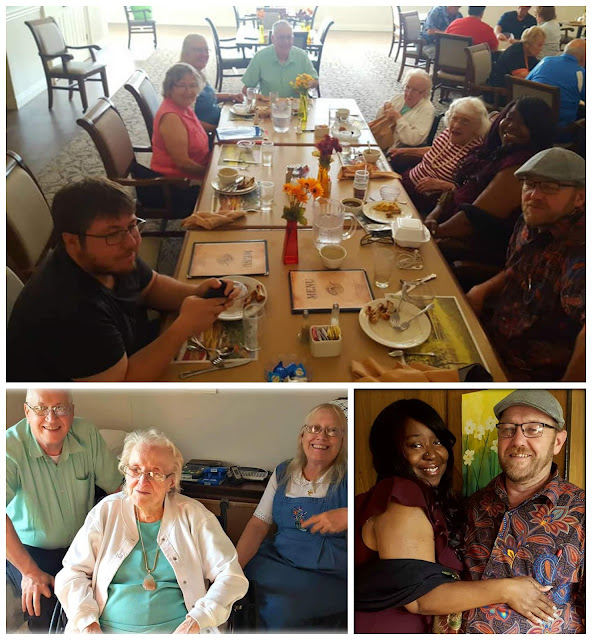 That very day, August 7, we realized that it was Mike's mother's birthday and she would have been 103 years-old. I truly look forward to eternity when I will get to know Carol Jane, healed and whole in body and mind. 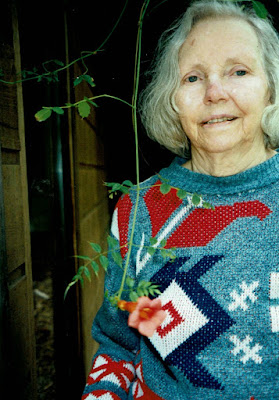 That was also the day that the Muncie grands started back to school. I was so impressed with the special breakfast mom prepared--GF donuts with sprinkles--a sweet send-off. 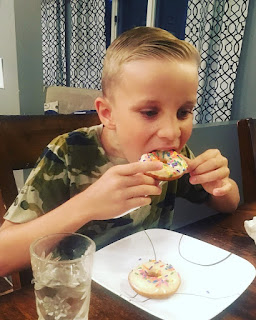 Thursday, our good friends Fred and Karen Perry were passing through on their annual trek between family in Michigan and Bloomington. This time we lunched at Payne's, next to the interstate exit. We are always grateful for opportunities, brief though they may be, to reconnect and reminisce. 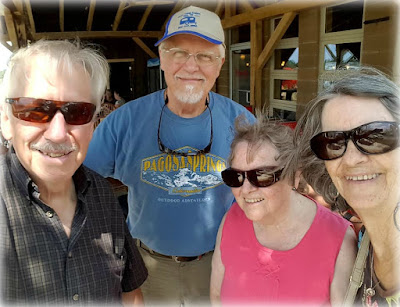 Michael had been preparing all week for a weekend adventure, the ODRAM (One Day Ride Across Michigan). A group of cyclists was looking for riders who could maintain a certain speed. He couldn't resist the challenge.
Friday he drove to Bay City and was bused to Rothbury where he camped overnight ready to start the 150 mile ride at 5:30 a.m. the next morning! 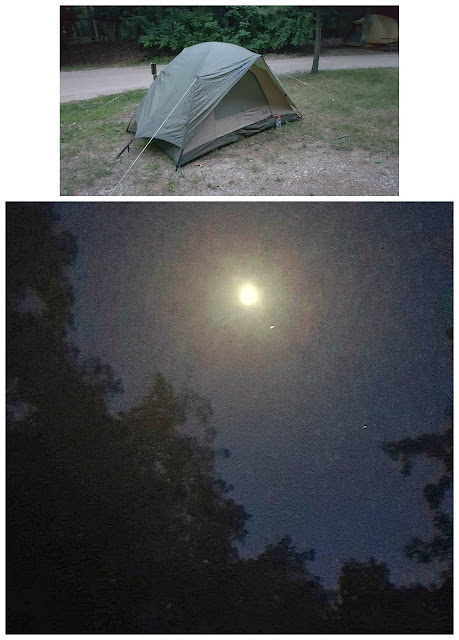 That night we shared a phone conversation while staring at the same moon and planet. 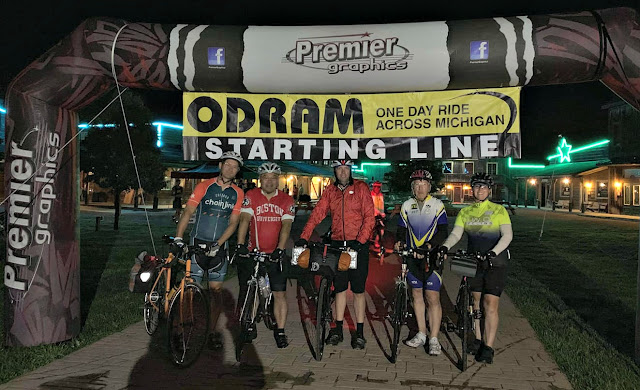 It took him 12 hours. He couldn't keep up with the group the entire time and the roads were a bit rough on his knees, but he is very grateful to be able to ride long distances again!

Meanwhile I was enjoying Rebecca's Purr-fect birthday party. She has so many grandmas, family and friends that love her. . .and who can't believe she is already five years-old and starting Kindergarten next week!
Cat # 1: "Rebecca's turning five!"
Cat # 2: " You are kitten me!" 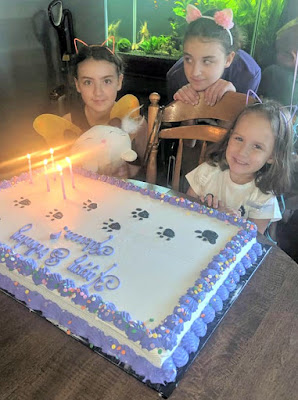 Update: Thursday I started therapy to regain left-arm mobility. I have to do exercises four times a day and go back twice a week.
Posted by riTa Koch at 11:56 AM