Father and son spent the week hunting in the wilds of Idaho with Jeff and Cody (Mike's brother's son and his son). Way off in the distance you can see the two blinds they were hiding behind. 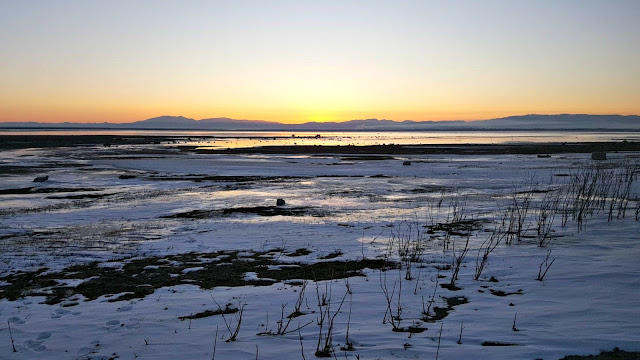 They experienced a series of adventures, including four flats in three days half-way up the mountain, and the worst cold ever. But they kept going back for more!

That is, more fun and fowl. The guys packed a great supply of frozen duck and pheasant in the middle of their luggage, which did not thaw out on the long way home! And fortunately, their baggage arrived with them!

Our adventures on the home front included high winds which tore the umbrella off the table on the deck and carried it way down to the edge of the woods. 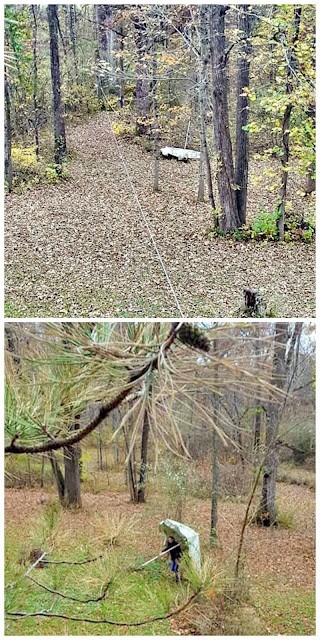 Mighty Moriah rescued the item we should have stored away sooner.

Both Moriah and I volunteer at Basics Jr. and were on duty Wednesday evening for the annual Fun Fest. My main role was as abuela, following Rebecca around. She was so cute. Please forgive me for going overboard with the photos. 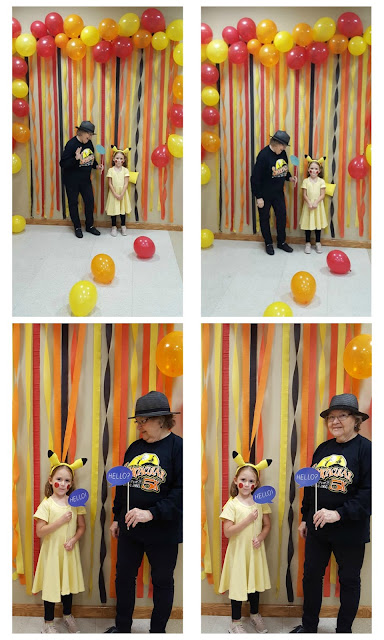 Our first snow fall came very early this year, on Reformation Day (most commonly called Halloween), and it lasted into the next morning. It was beautiful.

Despite the snow, many families were out enjoying the "trick-or-treat" tradition. I only had one family visit--little Picachu and her parents.

I gave them their early anniversary gift, an acrylic based on their  wedding-ceremony kiss eight years ago on November 1st.

Saturday I joined the UCC Hikers and Walkers to try out the newly opened Upland trail.

(Am I really that short?)

Our hunters made it back safely later that evening. Michael came bearing gifts for us two stay-at-home women.
Which one was my gift? 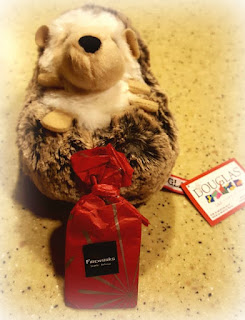