The crises that followed our family celebration were near-death experiences.
Here is our lovely daughter in the morning. As the day wore on she became increasingly ill. She literally nearly killed herself preparing for our wonderful anniversary celebration. 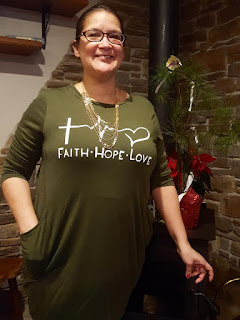 What brought on the near fatal asthma attack? Probably a combination of factors: 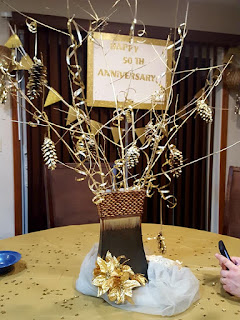 Leah managed to hang in there during the family talent show, trying to hide the fact that she was feeling worse by the minute. Immediately after, she lay down, but in a little while, let us know that she was really sick. We didn't know how to help, and initially she was not willing to go for help. However, our "Dr. Koch", a.k.a. Kristie, was the one who recognized the seriousness of Leah's condition. Then we were all scrambling for what to do, where to go, who would take her. By the time we got Leah upstairs and out the door, Kristie's car was ready to head to the closest hospital, some 25 minutes away. Kayla and Jimmy went along.

That ride was most traumatizing for all of them. Kayla leaning forward, yelling for her mother to come-to, stay with us, telling her how much all needed her. Leah unable to breath, losing consciousness, hearing it all (she told us later) couldn't respond. Kristie trying to drive and help, speeding to reach the ER before it was too late.

Then the stop sign, the corner, the wet road, unable to stop, the deep ditch. . . It all happened so fast. Jimmy was calling 911 at the time of the impact. The phone flew out of his hand. A car stopped. A man and a woman (or were they angels?). The woman (a CNA ?) held Leah's hand calmingly, then turned to the man and yelled to get help! He (a detective or ?) found the phone, 911 still on the line. An ambulance was nearby already headed in the direction of the hospital.

Right then and there, Leah received three strong breathing treatments in the ambulance before it took off. "The best air I've ever breathed. It was beautiful." she told us later.
Kayla went with her and was also protected with a neck brace.

Four of us arrived minutes later to follow them to the hospital. This is what we saw. 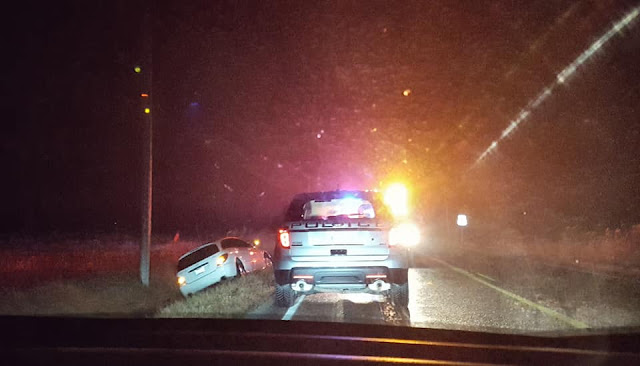 Both mother and daughter were badly bruised, but xrays showed no broken bones! Jimmy, who witnessed how they were thrown around on impact, agrees that was God was with them.

The ladies were released a little after midnight.

We have talked at length trying to reconstruct the events of that night. Each one has pointless regrets. There are too many what ifs, the most unthinkable is "What if Leah had died?"

God was gracious to us.  Somehow, He used the accident to save Leah's life. In her own words, a few days later.

"Dear Family, it's taken a few days to completely process how very close I came to no longer being here. I want to thank each one of you, God put everyone right where they were supposed to be.I love you family with all of my Heart."

A friend wrote recently, ". . . sometimes suffering is scheduled and He knows and can see all that will come with my testing times."

First-responders pay a price for their caring sacrifice. Kristie's car was totaled and she is still dealing with the insurance company and looking to replace the vehicle. 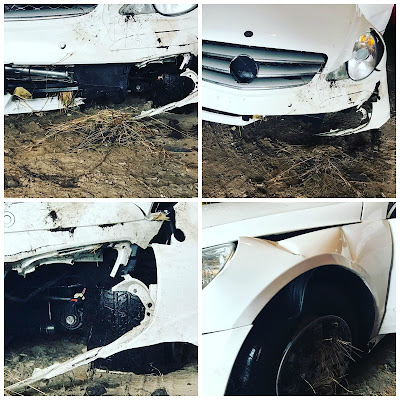 Bodies are healing. Emotional trauma, and the memories stirred up in the aftermath, are more painful and difficult to deal with. However, those were also scheduled for our total healing. God is at work in our family.