Karin labeled this bouquet "The last touches of summer." She thinks they may be the last blooms. I told her my blog readers are thankful for the beautiful flowers she shared with us over a period of months now. 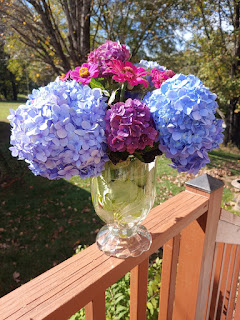 I worked steadily on the chapter to present to the Writers' Bloc on Thursday. Michael, meanwhile kept the 3D printer humming away building parts to repair and/or improve pieces of equipment for the robotics shop. 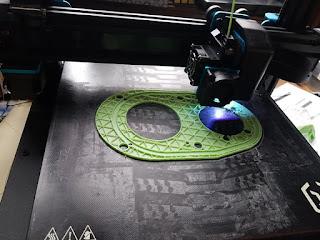 This week was Eastbrook schools' fall break. Instead of the regular Basics program that Rebecca and I work on together, we went to the Fun Fest at church. She came over early wearing her cat outfit for the event. She then wanted to play the part. She was Pearl the Cat and I was to lead her around on a leash in the woods. She only responded with meows and I was supposed to distinguish a Yes-meow from a No-meow. Later, Pearl insisted on eating like a cat from a plate on the floor. I do believe she has acting skills. 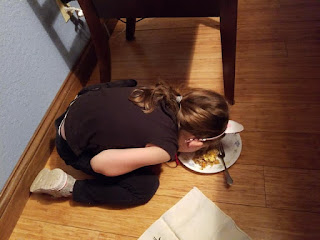 We met Emily, Rebecca's Basics Jr. leader, who calls her every week after we've watched the Bible story video and worked on the activities. The Fun Fest was held outdoors, with a series of stations where kids could do an activity and earn candy and prizes. The last one was a hay ride. The evening weather was perfect for the event. 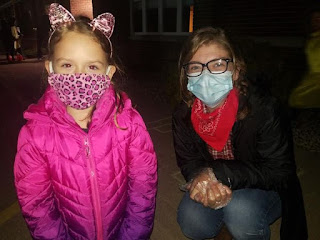 Friday afternoon, Michael and I enjoyed a hike through a nearby private glen. The course was beautiful though a bit challenging with hills and creeks. 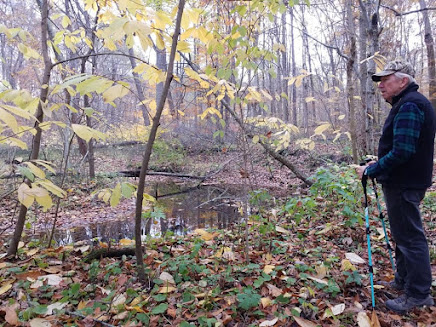 Saturday I volunteered at the local Helping Hand store. Michael went riding as always. and after went directly to a graduation celebration for a former robotics team member, Jessica. It was an outdoor event with a Halloween flavor. 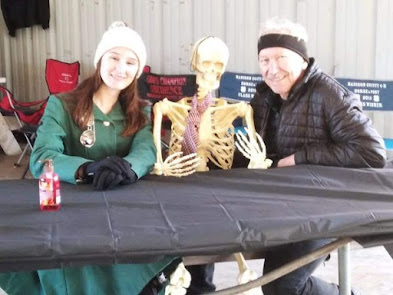 Leah came over to get wood for her bonfire. Her Halloween costume was in progress. 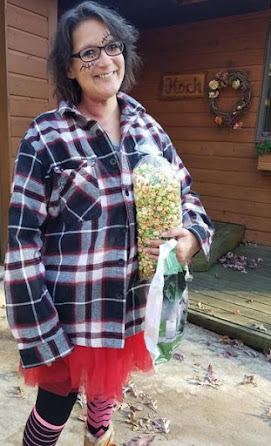 Later, on Facebook I saw the finished effect and her welcoming decor. 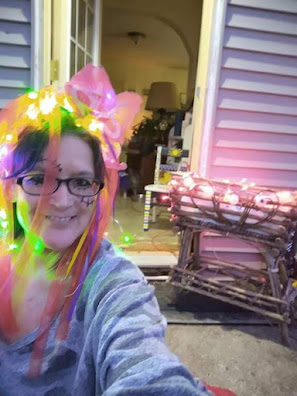 Our grands and greats came by later. Can you see Rebecca's theatrical skills? Look at those cat claws! 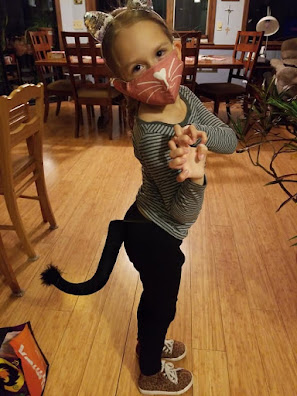 It was fun to see Skye, a.k.a. Pooh Bear,  and his little family, Kanga and Roo. I was especially pleased that Kalani remembered me, came to me and sweetly leaned his head on mine. 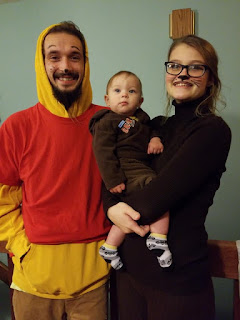 I failed to get a photo of Matt and Kayla. However, I dug up an old one to post for their anniversary on Sunday, November 1.
"Matthew Kern, long ago bewitched by Kayla, married her nine years ago. Happy Anniversary!" 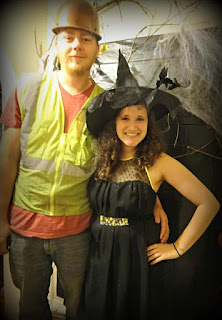