Every week, cousin-Karin shares a photo of her Sunday bouquet with us. We enjoy the Tennessee beauties and her artistry. She said this one is sparse, mostly delicate irises, difficult to arrange because they are so fragile. 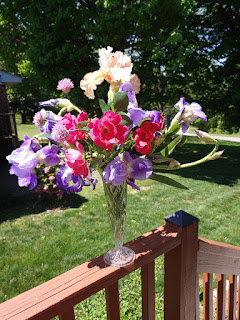 Monday, April 26, was Kendra's 23rd birthday. Zach was here to celebrate with her. One Copeland family tradition I found out was that Mom made each of her children their favorite breakfast, lunch, and dinner on their birthday. Kendra said her favorite breakfast is sweet potato pancakes.
The girls actually made time for an early celebration meal. Usually they come upstairs at the last minute, ready for their first class of the day, wearing their jackets and heavy backpacks. They might grab something to eat on the way out.
So, it was extra special to have a fun, sit-down sharing time. Here are three favorite gifts: a Cambodian flag from Zach; a Jane Austen mug from a sibling; and a pendant enameled by Moriah. The mug is especially meaningful because of the quote that describes Kendra perfectly.

There is a stubbornness about me that never can bear to be frightened at the will of others.
My courage always rises at each attempt to intimidate me. 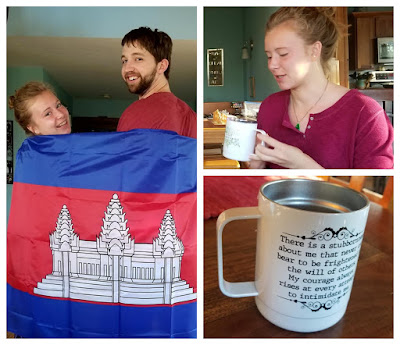 That was not the end, when we got back home from Monday Night Dinner, a group of Kendra's friends were there decorating for a surprise party. They confessed to the many lies "required" to pull it off. 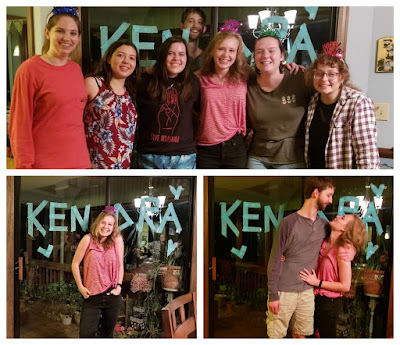 Tuesday, I had a special event, the fifth and final gathering of the Scripture Memory group. Tables and chairs had been replaced by couches, an abundance of candles, and flowers to create a very welcoming atmosphere. Each of the dozen or so who had committed to a memorization goal, courageously faced the group of guests with microphone in hand, and recited our portion, sometimes haltingly. It was a powerfully moving time. We called that an M&M day--Memorization and Momentum. Each of us was so blessed that we want to keep the momentum going.
In the afternoon Rebecca and I had fun drawing animals (and acting like one?). 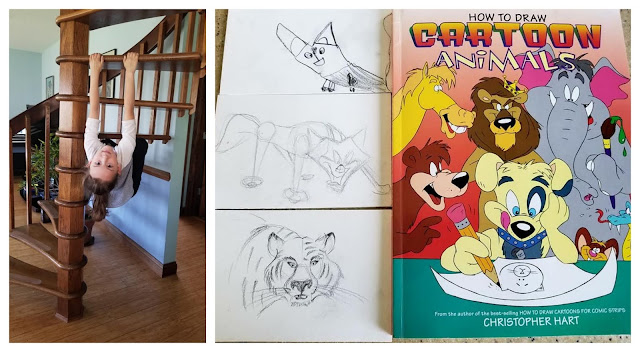 Wednesday evening we had set aside for a last "Household Hurrah"--a fondue. I spent the afternoon chopping, cutting, preparing for this last "family" celebration before the girls leave us in a couple of weeks.

Thursday
Lest we forget Michael's ever faithful and ongoing dedication to the robotics team, I captured a screen shot of the live view. I check in sometimes to see what's happening, hoping he will be coming home soon. Here, after team meeting hours, he is checking on something. What is it? 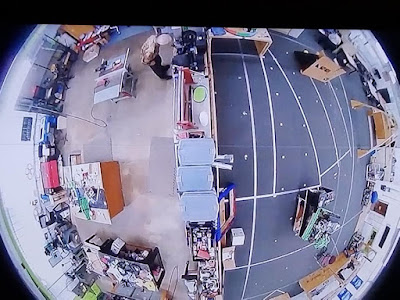 I worked on revisions of the Spanish version of chapter 5 of my book scheduled to publish Saturday, May 1.
Friday, Kendra headed to Missouri with her marathon class to the event they'd been training for all semester.
Zach drove there later after his work day. All week he kept up with his job online, including a major presentation on Thursday. 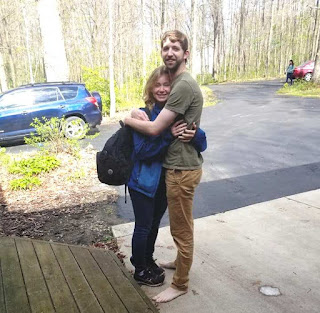 Zach was there to support Kendra throughout the run as well as her brother and sister-in-law recently arrived from Cambodia. That was a real surprise! Well, once they took off their monkey disguises! 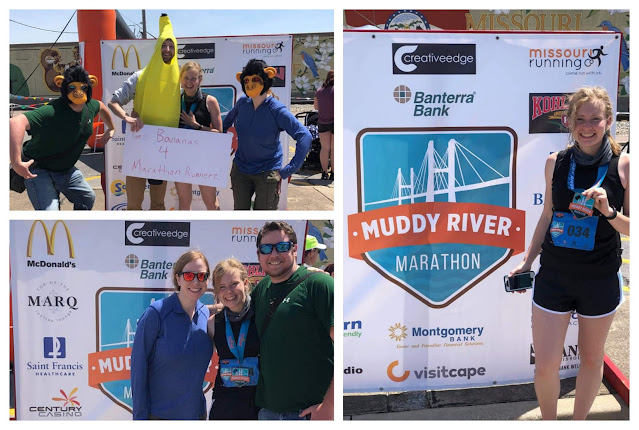 Back in Indiana, while she was running, I enjoyed a day with the grandsons. Elijah drove us for the first part, a stop at Chick-Fil-A, and then to his girlfriend's place in Daleville. 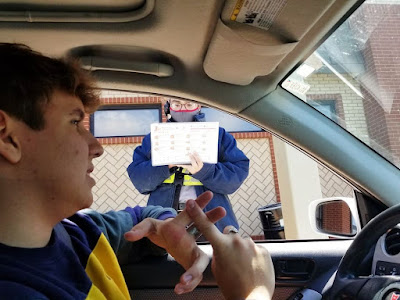 I drove on with the younger two.We were so close to Stephan and Karen's that we stopped and Karen gave the boys a tour of the new house in progress.
Next stop was Minnetrista for the Bob Ross Experience and his art exhibit in the Oakhurst House next door where we also learned about the George Ball family's contribution to the world in difficult times--recipes and teaching people canning and preservation methods. I was especially interested in their hobby of collecting children's books.
Then we proceeded to the main building for other exhibits and much more fun. 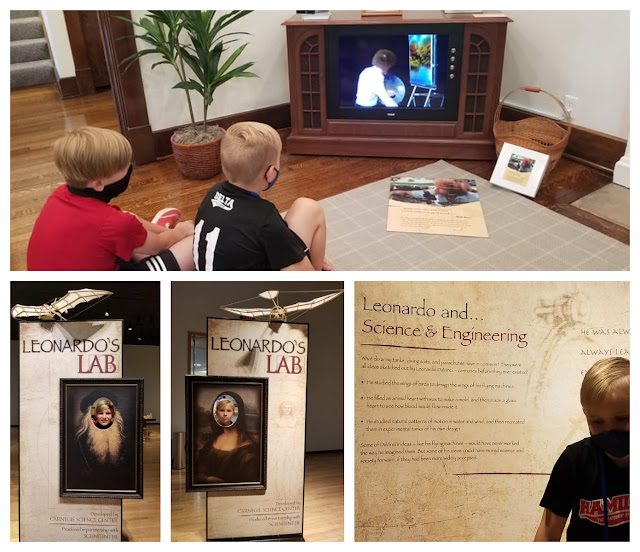 When I am late posting the weekly blog you know we've rolled into another very full week. Much more excitement to come!
One final NOT-so-fun note for the week:
Wednesday, Stephan fractured his left shoulder and suffered some serious bruising when a short ladder collapsed under him. We are thankful that it was not worse, and saddened for the pain and the delay it means for the house-building project.
Posted by riTa Koch at 6:39 PM 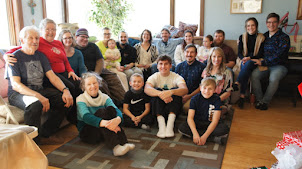