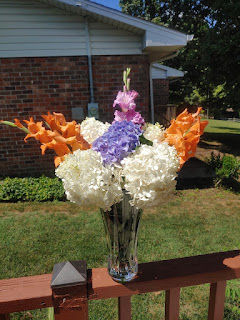 I spotted this beauty in our lovely natural surroundings.

I hired a landscaping crew (three sisters) to care for three areas that are more intentionally planned. Actually, I have planted rather randomly over the years, and now we are trying to improve that.

Anyway, the girls came by this week with their mother to give advice re. what flowers to plant where.

When they discovered our zip line, they had to try it out. All had several successful tries until Mom went down. The bungy cord at the bottom snapped! It protects from crashing into the tree. Truly the straw that broke the camel's back the cord, especially considering she is the smallest of them all! No one was hurt and we had a big laugh. 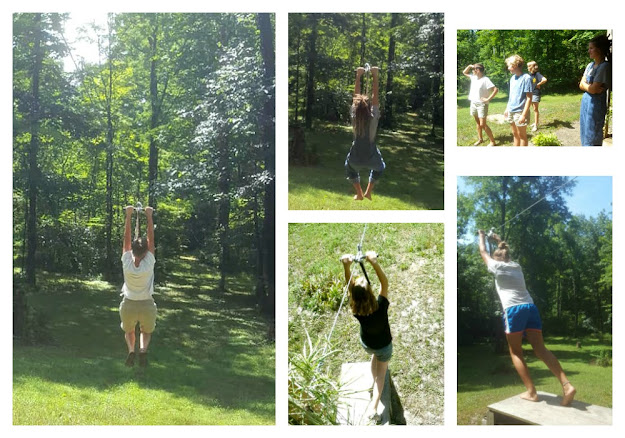 I've been recruited to be involved in starting a Friends of the Library group. We went to visit another library to get ideas from their Friends. We were impressed by the charming mural in the children's area . 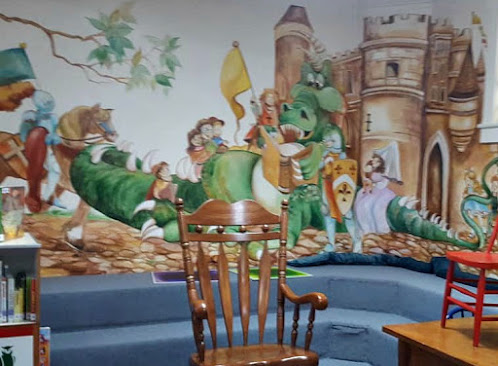 On the topic of children, here are my favorite Facebook pics of the greats for the week.


Saturday, while I was visiting with a young friend and her son on the upper deck, two strong and handsome grandsons were moving pieces of furniture into our lower floor. 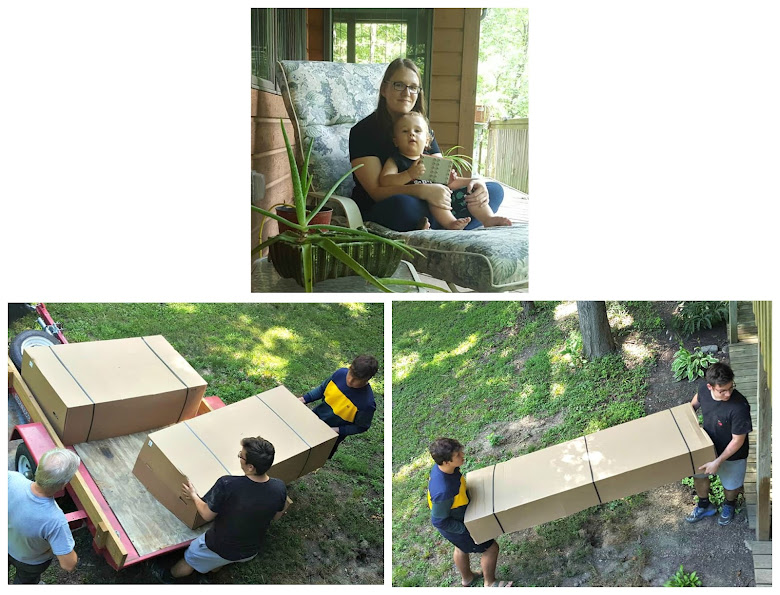 Michael and I had gone to IKEA earlier in the week. We are re purposing a downstairs area. I'll let you guess what came in the big boxes.

Several times this week Michael tried to view the comet Neowise. I went along one night. Another time he joined a group at the Taylor University observatory. Not hugely successful, hazy evenings perhaps. 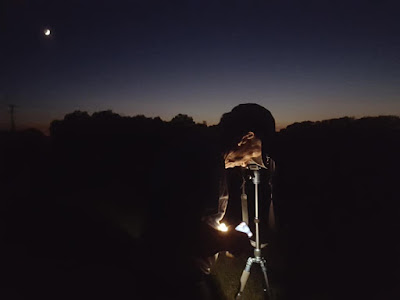 Saturdays he will NOT miss the long ride with his cycling friend--71 miles, the total for the day.

At home he continues to cook, bake and experiment. For the most part, I have banned myself from the kitchen. I just clean up after him . . . and us! Although, I did make a large zuchini lasagna this week.

Sunday evening, Moriah came for her second bread-baking lesson. This time she was doing it all and Michael was giving advice. It was a very successful venture. 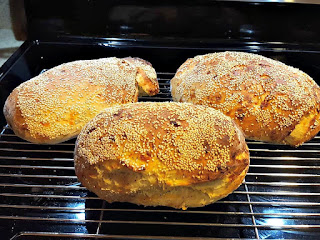 During waiting times, we played Splendor. Michael and I were outclassed by this youthful genius! What good did all those weeks of practice do? 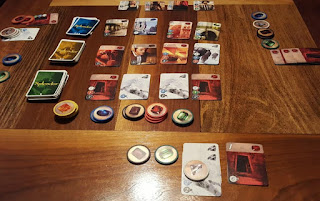 I did, however, accomplish three research and/or writing goals this week!

What were your happy accomplishments ?