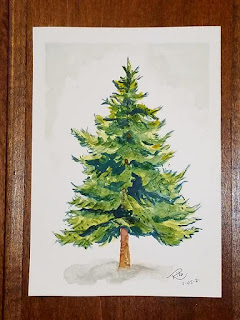 The root meaning of Epiphany is "an experience of a sudden and striking realization." It proved true as we watched the events of the day unfold in our nation's capital.
Not sudden or surprising, was the start of another J-term for the two students now living with us. Here is Kendra's first-day-of-school photo as she eats a quick breakfast. Moriah was out the door already, and missed hers. 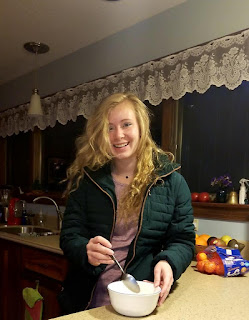 Other than the lively excitement that the two young women add to our household, our routines are fairly normal. Michael is very intentional about exercise. Can you see him on his bike? 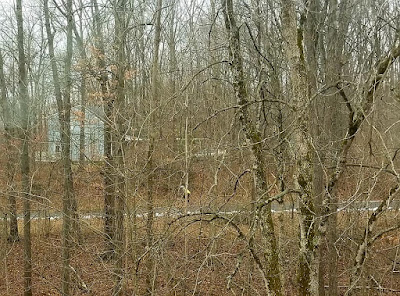 We've enjoyed hiking together a few times per week.  I am grateful for the "push" I needed to get out and walk, Michael is thankful that he is pain free. There was a time he could not walk very far without having to rest and recover. 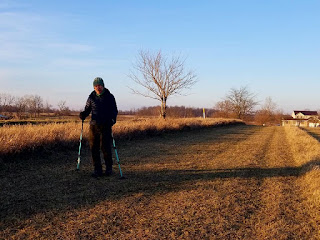 A  snowman on the TU Cross Country trail? Someone's been here before us!
We continue to exercise our brain with a game or two every night. However, Moriah gave us the Cities Expansion to Splendor for added variations. 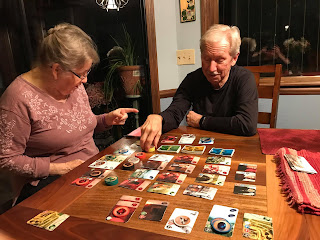 Friday night was an exciting event for Kendra. As a film major, she was directing one of the seven groups that had to produce a five-minute film in 24 hours. The event is called the "Red Eye." Apparently her crew used our porch for their set at 4:00 AM. We were sleeping, of course, and didn't hear a thing.
She came back to get dressed up for the showing Saturday evening. Community members are not allowed on campus yet, so we are eagerly waiting to see the YouTube version.

The rest of Michael's Christmas gift arrived this week. I felt he needed to look official as he cooks. 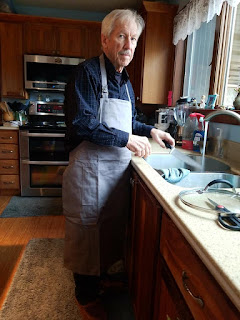 Sunday afternoon we hiked a trail at the Ouabache State Park. We went around the bison pen hoping to catch a glimpse of some. 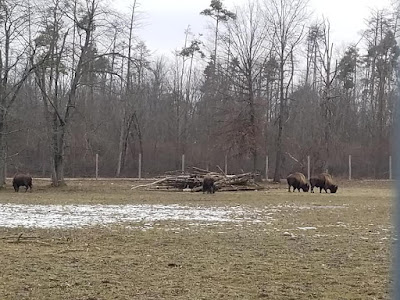 While we're on the topic of animals, here are three strange creatures that showed up that night while we were playing a game with three Taylor students. Can you name them?

Kendra introduced us to a new game, the Titanic. Setting up the board takes almost as long as playing one round! It was fun but may go faster a second time. 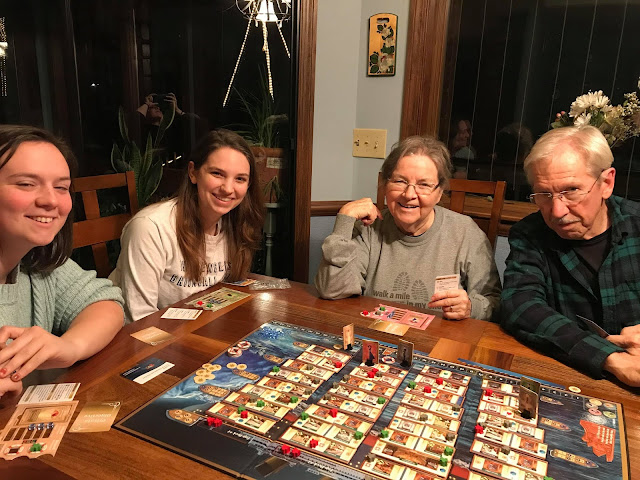 And here's a favorite pic borrowed from FB--Rebecca and Oreo the cat. I miss that girl! 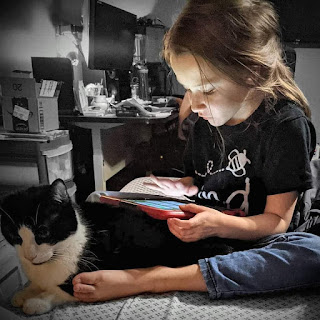